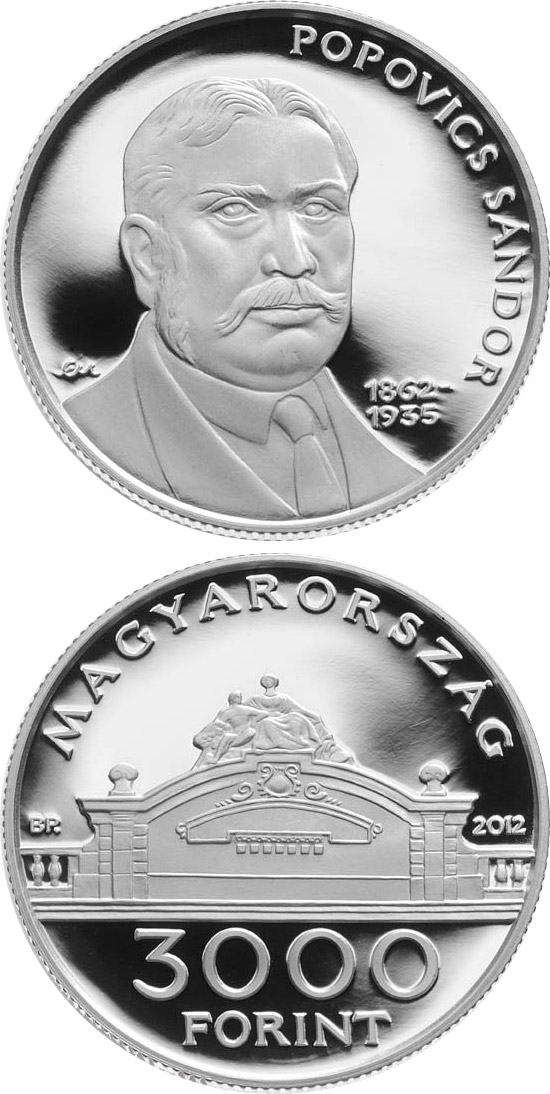 Sándor Popovics (22 October 1862 - 15 April 1935) was a Hungarian politician and financial expert. He was the first governor of the Magyar Nemzeti Bank, central bank of Hungary since its foundation of 24 June 1924. Marking the 150th anniversary of birth of Sándor Popovics, the Magyar Nemzeti Bank issued this silver collector coin. Popovics's career in finance began at his age of 22, when he started working at the Ministry of Finance under Minister Sándor Wekerle. He was the governor of the Austro-Hungarian Bank from 1909, and at the end of World War I, he briefly served as Minister of Finance, as well. The front of the coin depicts the group of satues sculpted by József Róna on the Bank utca facade of the National Bank building, the back shows a portrait of Popovics by the designer Márta Csikai.