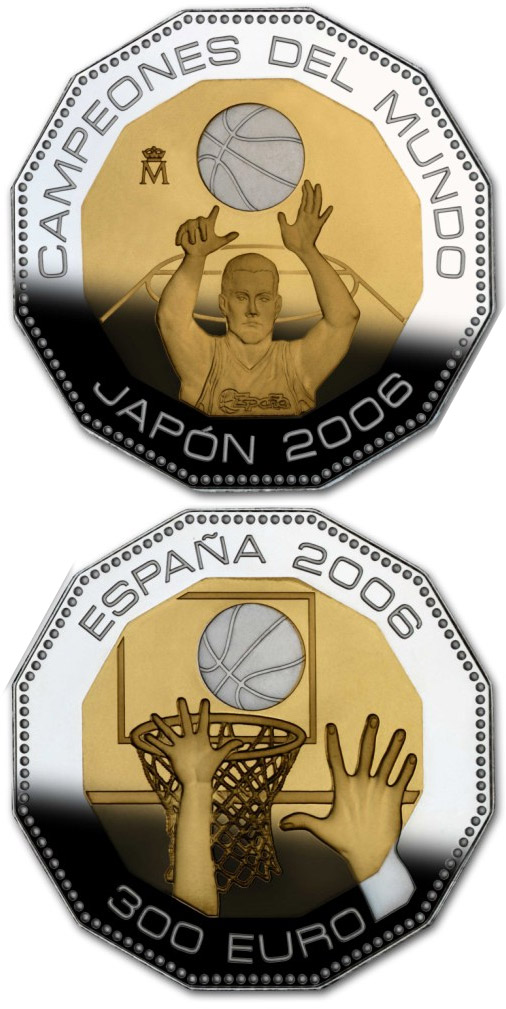 The Spanish Basketball Team had its biggest all-time success with the award of a gold medal at the 15th World Basketball Championships held in Japan during the summer of 2006. The Spanish Royal Mint, desiring to join in the celebration of this record Spanish victory, has minted two collector coins featuring basketball-related themes. The obverse depicts a pair of hands poised to shoot the ball into the basket in the background. The image of a ball, fashioned in silver, is inserted above. The reverse portrays a player from the Spanish Basketball Team dunking the ball. The image of the ball, fashioned in silver, has been inserted into the coin to coincide with the ball on the obverse.