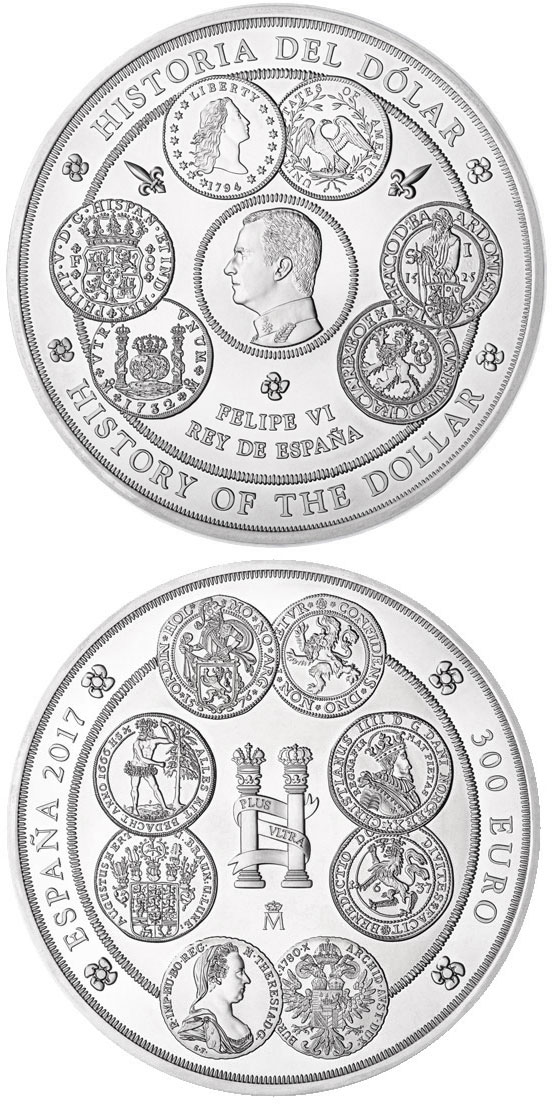 The Real Casa de la Moneda is dedicating its first minting of a 1 kg silver coin to the history of the American dollar, whose origins go back to the Central European thaler and the times of Spain’s viceroyalties in the Americas, with the real de a ocho. The coin reproduces various numismatic pieces which are key to gaining an understanding of the story of the dollar’s origins and its predecessors. On the obverse, we see the image of the first mintages of three internationally-recognised, historical coins: the United States dollar, the Central European thaler and the real de a ocho with the type known as columnar. The reverse carries the images of four coins of the thaler type, issued by various Central European countries between the sixteenth and eighteenth centuries.