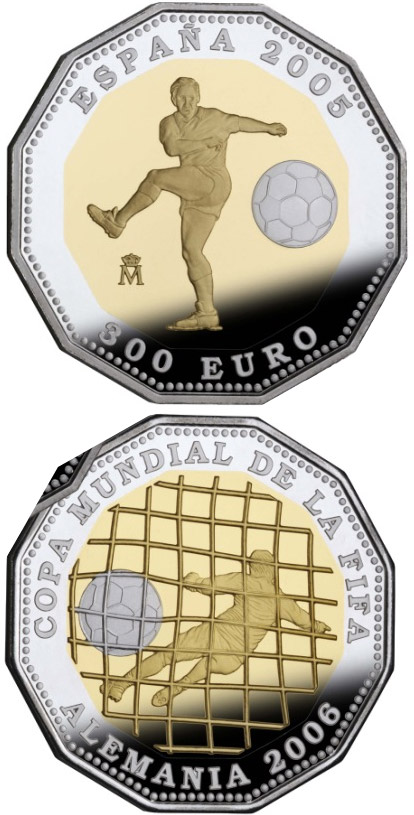 For the third issue in the series of collector coins dedicated to the 2006 FIFA World Cup Germany, the FNMT-RCM has minted a very special coin. It is made up of three pieces, joined together during the minting process, in 999 ppt gold and 925 ppt silver. Obverse and reverse 2006 FIFA World Cup GermanyTM - 2005 IssueThe obverse features the image of a football player kicking the ball. On his right is rendered a football made out of silver. The reverse portrays the image of a goalkeeper as seen from behind the goal net, pitching himself to the right. On his left is inserted the likeness of a football made out of silver, positioned to coincide with the ball on the obverse.