On the occasion of the Bicentennial of the Prado Museum, a 30 euro silver coin has been issued, in which, colour has been used for the reproduction of a fragment of Velázquez's "Las Meninas" painting. On the obverse the effigies of His Majesties King Felipe and Queen Letizia are reproduced. On the upper part of the coin is the inscription FELIPE VI Y LETIZIA. In the lower part of the coin, the word SPAIN and the year of minting 2019. On the back, in the central part of the coin, there is a colour detail of the canvas "Las Meninas", by Diego Rodríguez de Silva y Velázquez, which is housed in the Museo Nacional del Prado, in Madrid. To the right there is a circle containing a QR code, which can be read by a mobile device with a specific reader, which links to a web page with information about the characteristics of the coin. To the left of the coin, the inscription PRADO MUSEUM 200 YEARS. 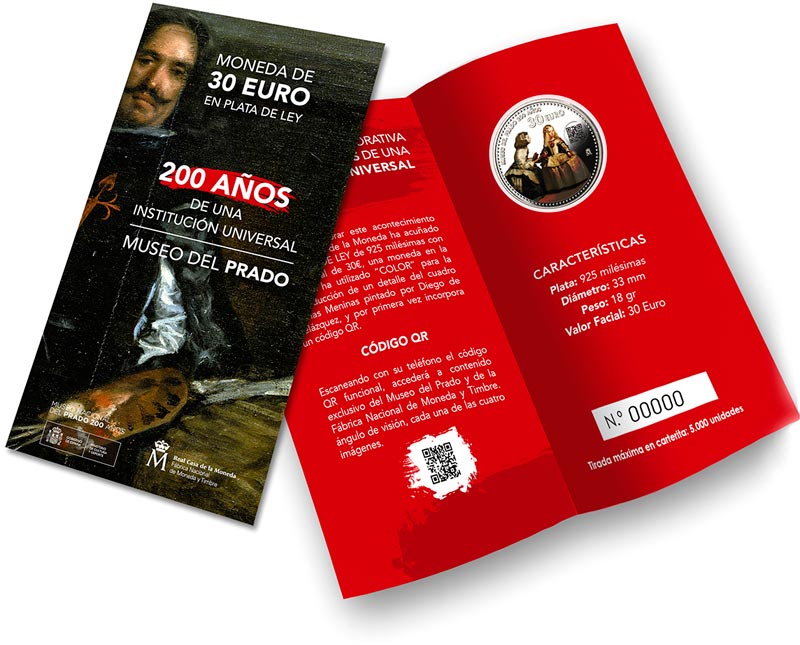