A semiaquatic member of the weasel family, thanks to its waterproof fur, aerodynamic shape and stabilising tail, the otter is an excellent swimmer and diver. Having declined greatly in the 20th century, the subject of the eleventh and penultimate coin in the bestselling Colourful Creatures series is now, thankfully, on the road to recovery. Otter populations are recovering in many parts of Europe due to the banning of the most harmful pesticides in the late 1970s, improvements in water quality and the protection of their natural habitat. Otters inhabit unpolluted bodies of fresh water of all types, but can also thrive in saltwater environments as long as they have regular access to fresh water for cleaning purposes. Although a secretive creature by nature, the otter became something of a global superstar in the 1960s thanks to the book Ring of Bright Water and the film of the same name, which tell the true story of naturalist and author Gavin Maxwell’s life on a remote Scottish island in the company of pet otters. The Otter features all 12 animals in the series in silhouette on its obverse, while a colour-printed otter is shown on the coin’s glow-in-the-dark reverse. The first ever Austrian 3 euro coins, Colourful Creatures are legal tender in Austria. 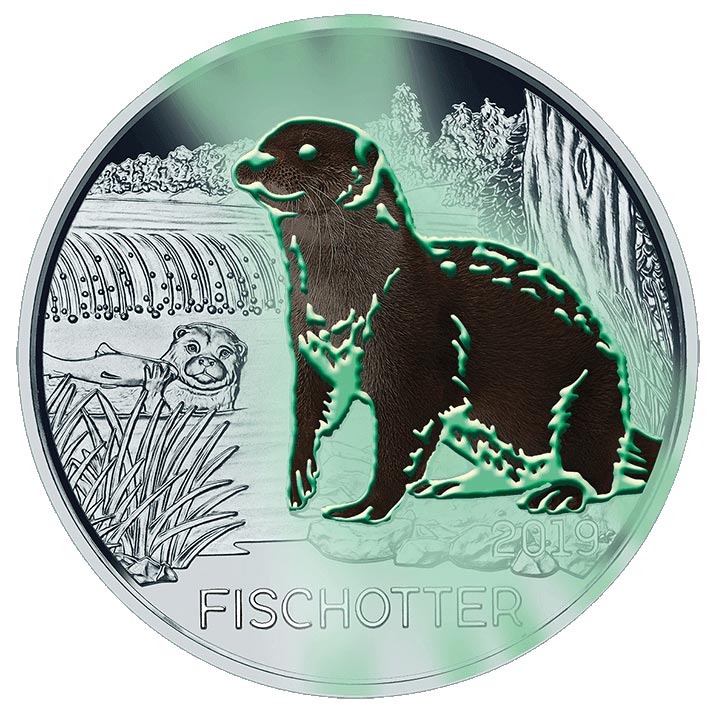