0.25 euro - 25th Anniversary of the Accession of Spain and Portugal to the EU 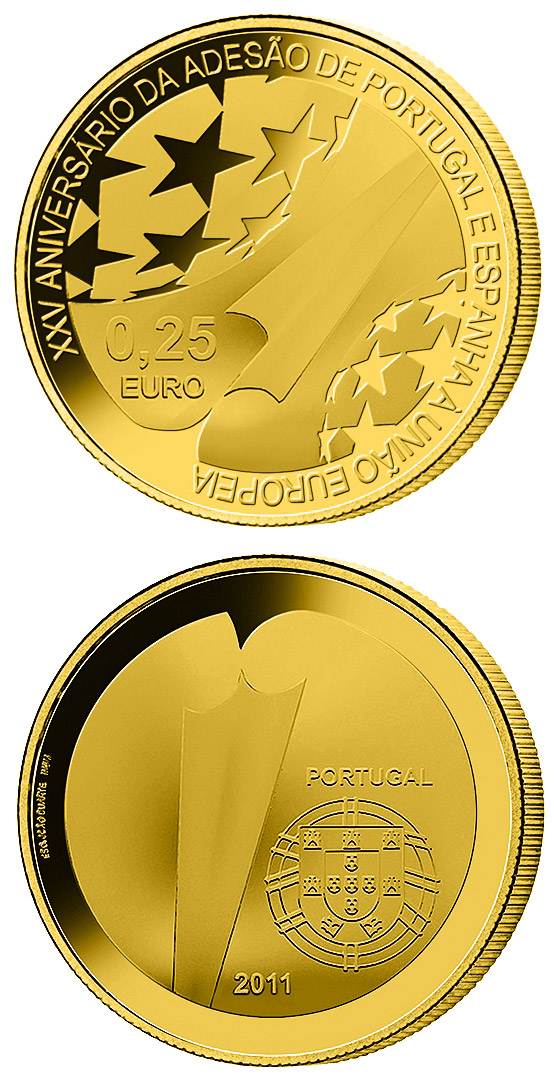 This year Portugal and Spain shall be celebrating the 25th Anniversary of their Accession to the European Union, an event that clearly marked the recent path of both countries, already used to cross their history side by side. Presently the EU counts 27 Member States, it has a larger dimension than it had in 1986, however it still pursues the same goals and purposes of common progress as then, and in which Portugal and Spain remain involved. To celebrate this important date, by also reinforcing the bonds that unite both nations, the Portuguese Mint and Official Printing Office (Imprensa Nacional-Casa da Moeda) and the Spanish Royal Mint (Real Casa de la Moneda) associated themselves to mint a commemorative coin of their Accession to the European Union, exhibiting in the obverse of the Portuguese coin a work by the sculptor João Duarte, while the reverse of the coin is common to both countries.