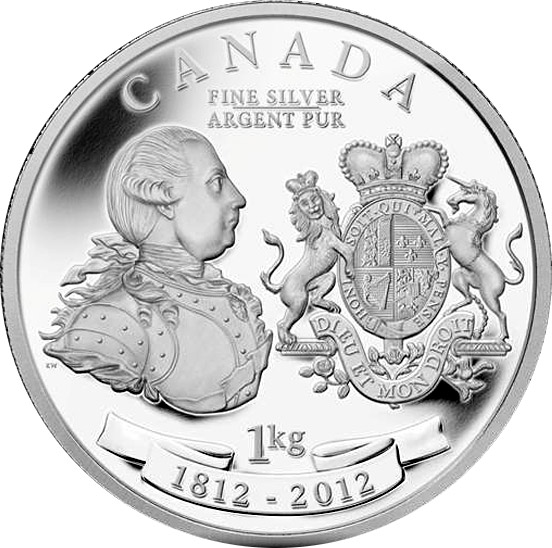 Your coin design features the reverse and obverse sides of the King George III Peace Medal rendered in striking detail, including the young, armoured bust of King George III wearing the ribbon of the Order of the Garter. To his right is the Arms of George III that would have appeared on the reverse of the peace medals at the time of the War of 1812. Beneath the Coat of Arms is a ribbon bearing the royal motto, “Dieu, et Mon Droit” (God and My Right) flanked by the symbolic rose and thistle of British monarchy.