25 pounds - 400 Years Since the Voyage of the Mayflower 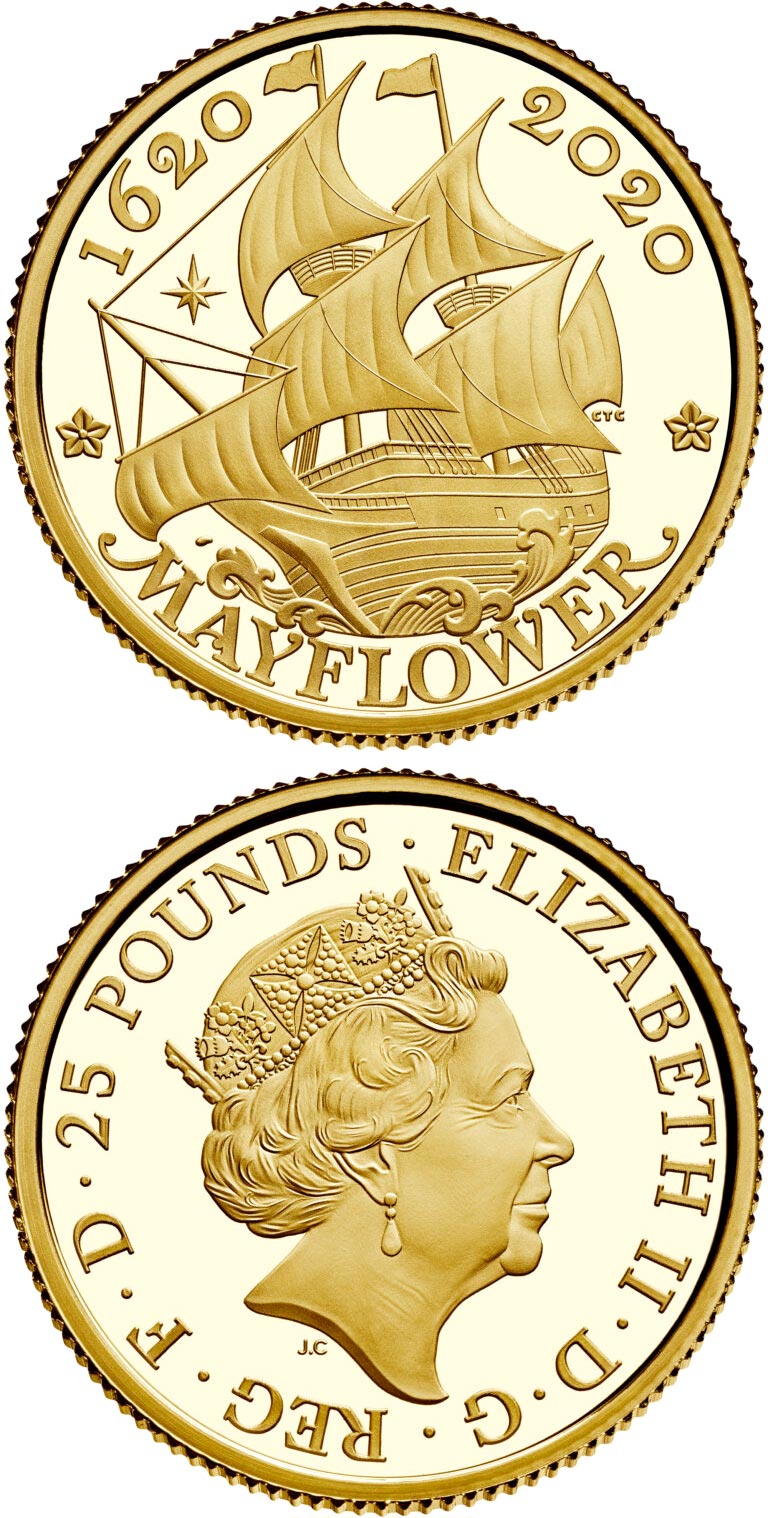 In the chill of a mid-November morning in 1620, a small converted merchant ship appeared off the coast of Cape Cod, in the modern-day US state of Massachusetts. One or two European ships had passed this way before, exploring the New World, but the 102 passengers of the Mayflower – storm-tossed and seasick – were here to stay. These were the Pilgrims, whose uncommonly democratic form of self-government would lay the philosophical foundations for the United States of America. In 2020 The Royal Mint commemorates the 400th anniversary of the Mayflower voyage with a vibrantly designed coin. A voyage that was arguably almost a century in the making, a voyage spawned by religious persecution and beset by bad luck and foul weather, and a voyage that made history. Available in gold and silver Proof editions, as well as a Brilliant Uncirculated edition, the 400th Anniversary of the Voyage of the Mayflower coin offers a distinctive opportunity to commemorate the Mayflower. In addition, a special two-coin set, in collaboration with the US Mint provides the opportunity to see the story from both sides of the ocean.
The obverse design features the effigy of Her Majesty Queen Elizabeth II on the obverse, designed by Jody Clark. The reverse design depicts the Mayflower bursting out of the frame as it sails through the rough seas, designed by Chris Costello. This dramatic interpretation of the ship on its journey to the New World represents the determination of the passengers and crew to find a new way of life.