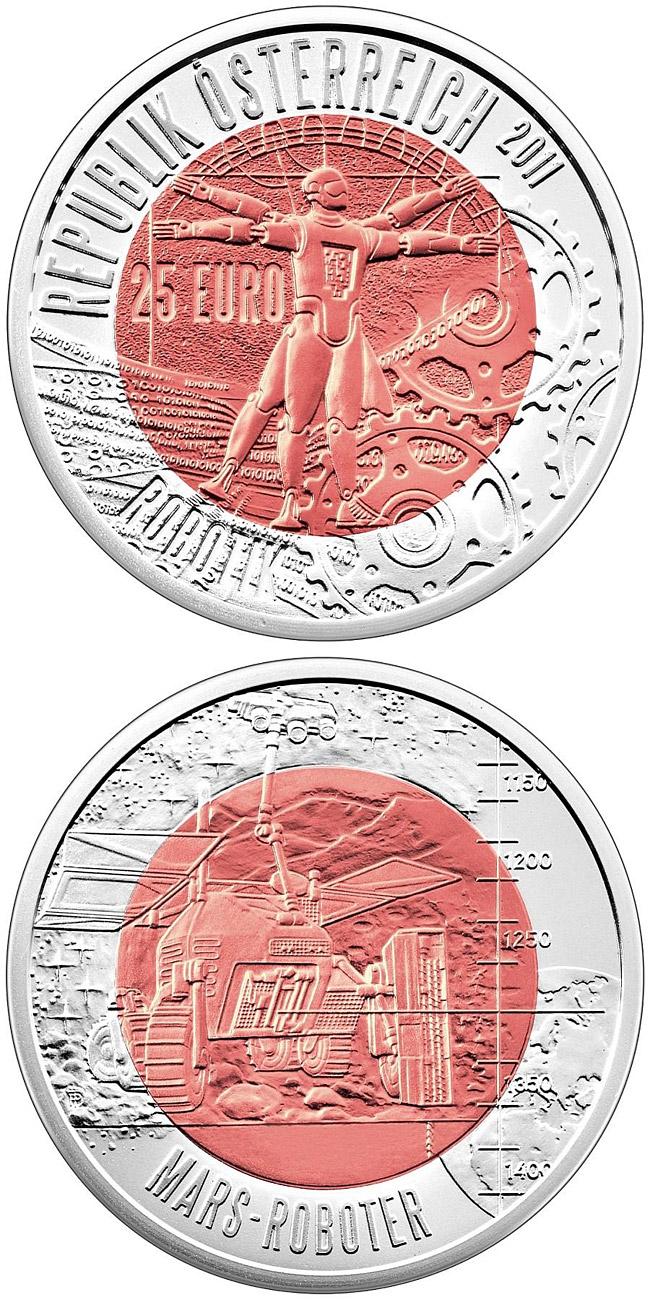 The obverse of the coin depicts a modified version of Leonardo da Vinci’s Vitruvian Man, in which a robot typifies ideal human proportions instead of a human being. The lower half of the coin depicts a binary code for the digital coding of information, as well as three gearwheels. These illustrations symbolise the cooperation between electronics and mechanics, which is fundamental in robotics. The other side of the coin shows a Martian landscape with a mountain range, craters and rocks in the reddish niobium core. In the foreground a Mars robot deep drilling system explores the Red Planet. The outer silver ring is designed as a starry sky in which the Earth can be seen to the right, where the niobium core and silver ring also show a coordination system. The mars rover on the coin is based on a draft of the European Space Agency (c) ESA - AOES Medialab.
MUDOR Coin Collection Holder Album for Collectors 240 Pockets Coin Collection Book Supplies shop now