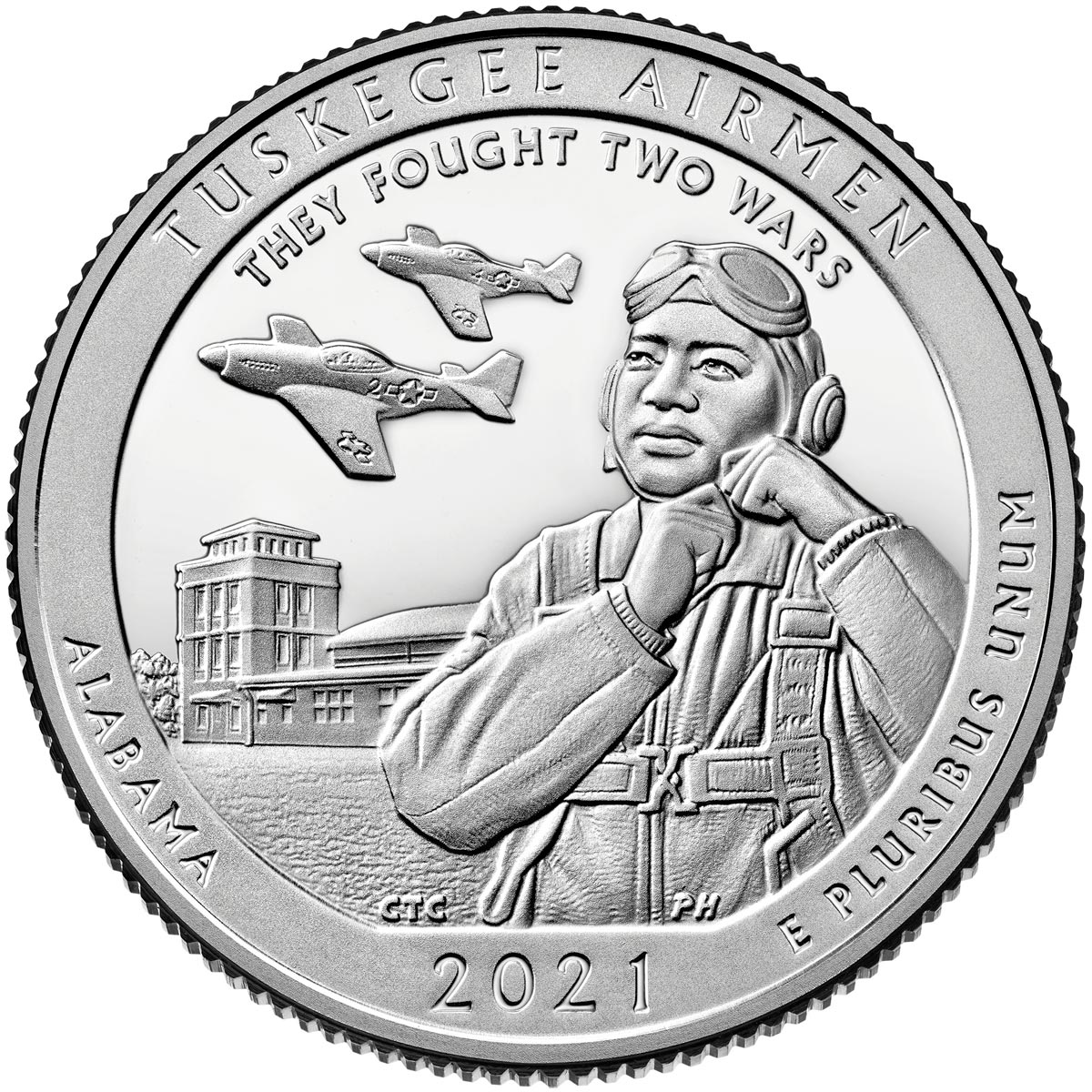 Mr. Costello’s design depicts a Tuskegee Airman suiting up to join the fight during World War II with the Moton Field control tower in the background. The pilot looks upward with pride and confidence as two P-51 Mustangs pass overhead. The inscription “THEY FOUGHT TWO WARS” is arced across the top as a reference to the dual battles the Tuskegee Airmen fought—fascism abroad and racial discrimination at home. Inscriptions are “TUSKEGEE AIRMEN,” “ALABAMA,” “2021,” and “E PLURIBUS UNUM.”