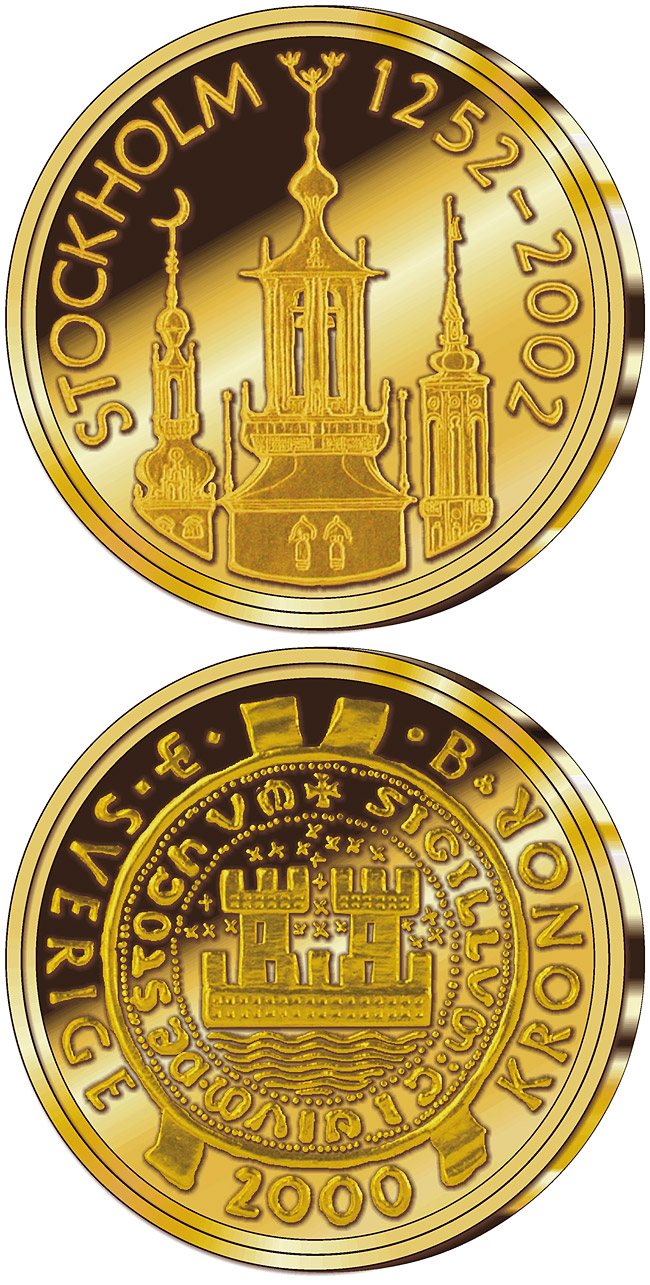 The price of the coin is set at SEK 2,500. The artist is Bo Thorén, who has previously designed numerous medals and commemorative coins. The coin was minted by Nordic Coin AB Svenska Myntverket in Eskilstuna. The obverse shows a well-known motif, Stockholm City Hall, Ragnar Östberg's architectural masterpiece, which was inaugurated in 1923. The reverse shows Stockholm's oldest seal, dating back to the 1280s. The seal depicts a wall with two towers and pinnacles, it is a typical city seal with a castle motif. Similar seals can be found in many parts of Europe. However, the seal on the jubilee coin does not provide a realistic picture of a city in the 13th century. Ref: Lagerqvist, L.O: Stockholm 750 år 1252-2002. (Stockholm 750 years 1252-2002). Svensk Numismatisk Tidskrift (Swedish Numismatics Journal) 2002:5 pp. 107-108.