2,000 kronor - 100th anniversary of the dissolution of the Swedish-Norwegian union 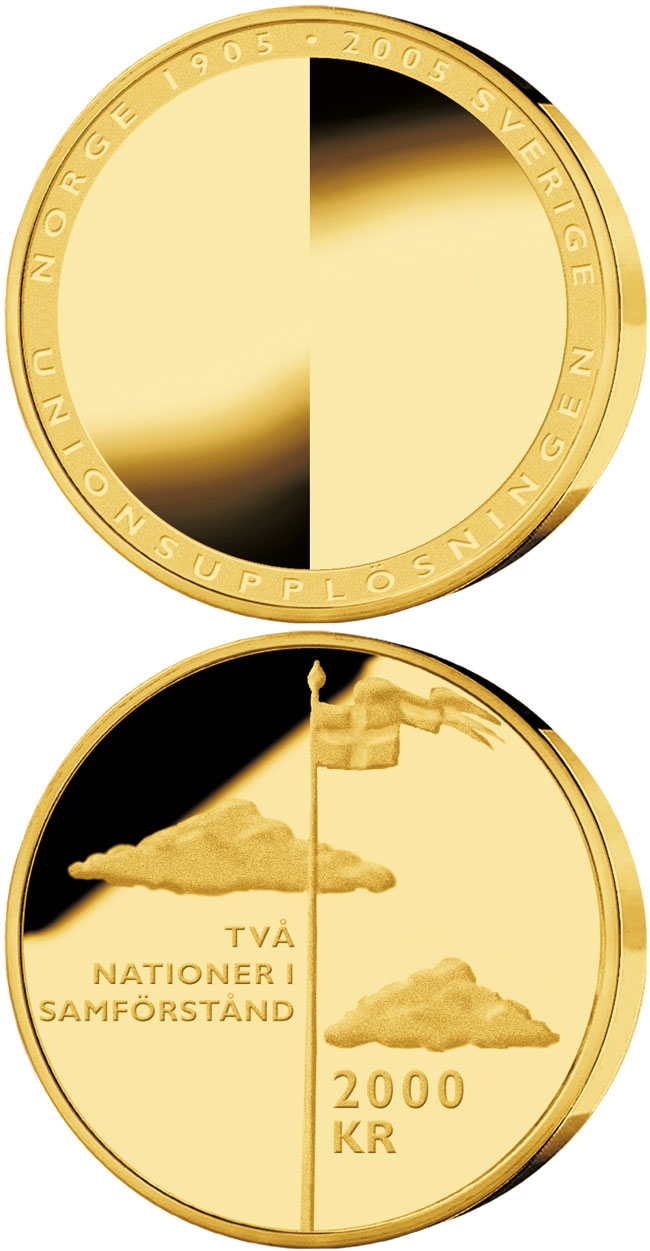 The price of the coin has been set at SEK 2,500. The artist is the sculptor Annie Winblad Jakubowski, who was chosen on the basis of her proposed design. This is her second coin. The coin was minted by Nordic Coin AB Svenska myntverket in Eskilstuna. The obverse of the coin shows two vertically displaced halves with a line that cuts a circle in two. This is the artist’s interpretation of the dissolution of the union – the successful division of a former whole. The legend at the top reads "NORGE 1905 • 2005 SVERIGE" (NORWAY 1905 • 2005 SWEDEN) and at the bottom "UNIONSUPPLÖSNINGEN" (DISSOLUTION OF THE UNION). In between on the left is the letter "E" to indicate the place where the coin was minted, Eskilstuna, and on the right the letter "H", which is the first letter in the Riksbank Governor’s surname, Heikensten. The reverse of the coin depicts a flagpole with a three-tailed flag. To the left of the flagpole is the text "TVÅ NATIONER I SAMFÖRSTÅND" (TWO NATIONS IN AGREEMENT) and to the right the denomination "2000 KR".