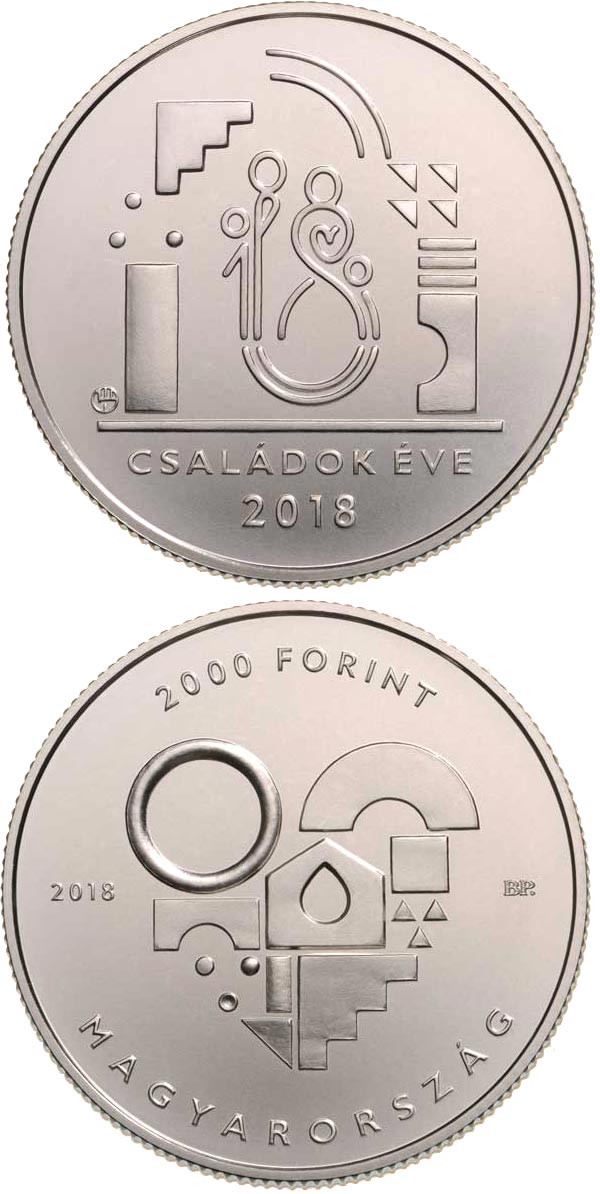 On the obverse of the commemorative coins, the complementary design elements of the Year of the Family programme, the building blocks, are featured, arranged in the stylised shape of a heart, signifying the force that holds families together. The compulsory design elements are placed on the obverse of the modern, playful coins: the value numerals 10,000 FORINT and 2000 FORINT in the upper legend, the lettering MAGYARORSZÁG in the lower legend, the mint year 2018 is featured to the left on the centre line of the coin, while the mint mark BP. is placed to the right. On the reverse of the coin the central representation of the Year of the Family logo is shown, depicting a schematic drawing of a family. The building blocks making up the complementary design features, as a sheltering building, protect and embrace the family, like a home. The message of the coin side is complemented by the lettering ‘CSALÁDOK ÉVE 2018’ under the “building”. The master mark of Zoltán Endrődy, the designer of the coin, is shown to the left of the “building” motif.