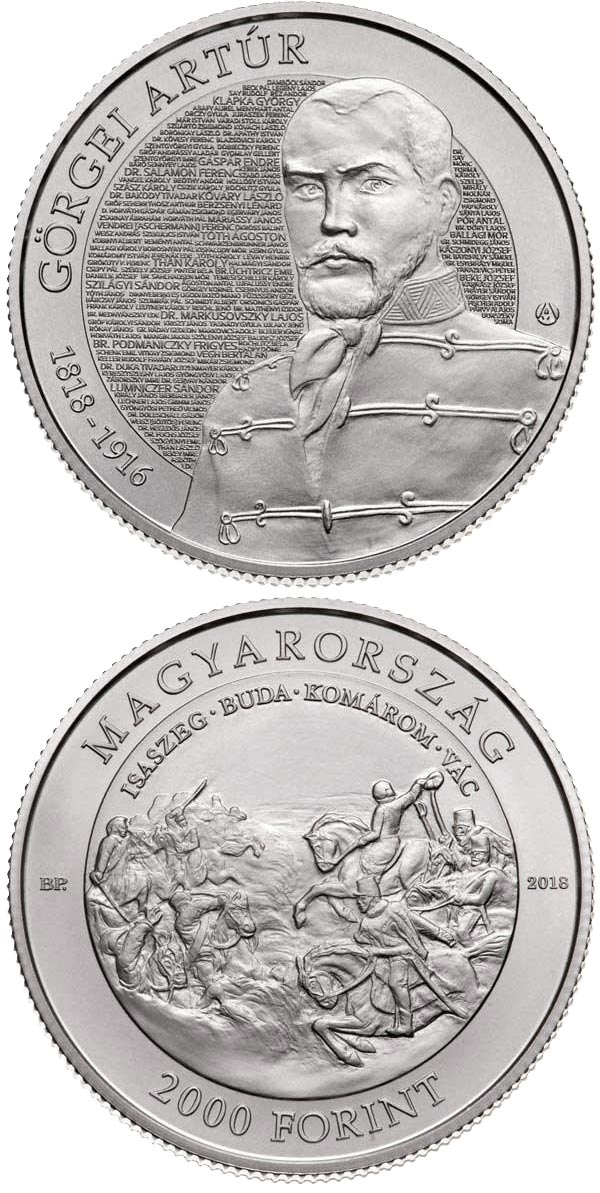 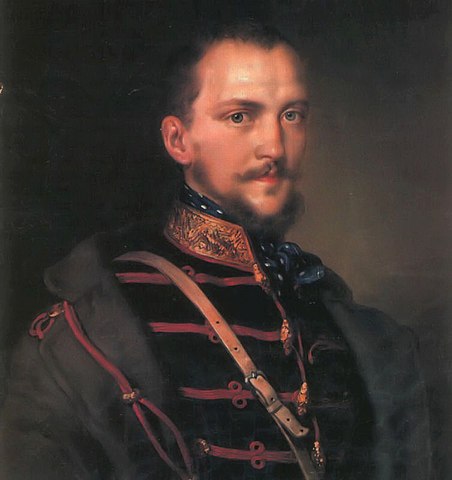 Budapest, 30 January 2018 – The Magyar Nemzeti Bank has issued a silver coin named Artúr Görgei with a face value of HUF 10,000 and its non-ferrous metal version with a face value of HUF 2,000 on 30 January 2018 within the framework of Artúr Görgei Commemorative Scientific Conference organised by the Museum of Military History. The double occasion for the issuance of the commemorative coin is the 170th anniversary of the start of the 1848–49 Hungarian Revolution and War of Independence and the 200th anniversary of the birth of one of the most prominent military leaders who fought in the War of Independence. The Artúr Görgei commemorative coin marks the start of the central bank’s commemorative coin issuance programme for 2018.

Artúr Görgei (30 January 1818 – 21 May 1916), a general and a Minister of War, one of the most talented military leaders of the 1848–49 Hungarian Revolution and War of Independence was born 200 years ago. He led the war as the commander-in-chief of the Hungarian army. He graduated as a chemist and he had remarkable achievements in this area before 1848. Following the surrender at Világos he was considered to be an ambiguous historical character. His actions were often criticised, but researches denied the accusations of treason.

The Görgei commemorative coins are legal tender in Hungary, but they do not serve circulatory purposes. Primarily they are a means to commemorate and raise awareness of the national values of Hungary, outstanding figures and events in Hungarian history. The silver and the non-ferrous metal versions have the same design, the only difference being their value numerals.

The compulsory design elements of commemorative coins are placed on the obverse in the outer ring: the lettering “MAGYARORSZÁG”, the value numerals 10,000 and 2,000 FORINT, the mint mark “BP.” produced with special micro lettering that contains a security element, which provides protection against counterfeiting, as well as the mint year ‘2018’.

The outer ring structure of the design also appears on the reverse side of the coins interrupted by a half-body portrait of Artúr Görgei based on a daguerreotype. In the background of the portrait – in the middle, on an elevated plane – the names of those who stood by Artúr Görgei in the “Statement” signed by 207 Hungarian soldiers are displayed in micro lettering (the list is not complete, and it is shown in three different font sizes). His fellow soldiers expressed their views in the Statement published in the daily newspaper Nation on 23 November 1884: “…quite honestly it is fair to say that the surrender at Világos was not an act of treason being faced with an enemy so superior in numbers, our weapons were not dishonoured, it was not a sin against our country, it was a humane and respectful end of the further useless bloodshed of fellow Hungarians and furthermore, the conclusion of a hopeless, pointless war, which therefore lost its cause.”