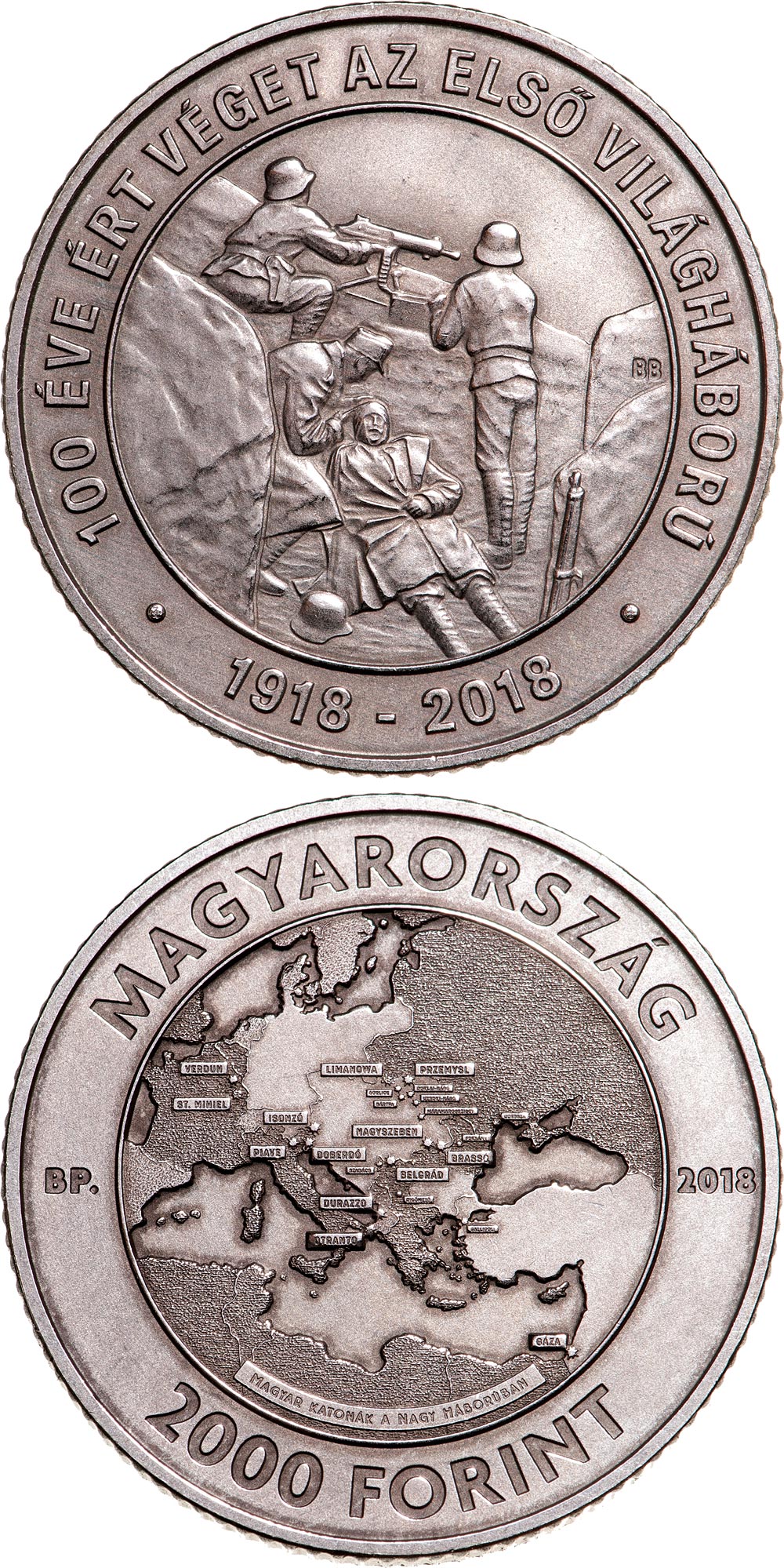 From 1914 to 1918 World War I claimed more than 15 million lives. Although the assassination in Sarajevo led to the outbreak of the war, the underlying cause was the fight for the redistribution of the colonies and territorial interests of the time.

The fighting techniques changed due to the new weapons used during the war (machine-guns, hand grenades, mortars, quick-firing guns): trench warfare evolved only a couple of months after the war started, and the frontlines became fixed. Airplanes, tanks and chemical (gas) weapons were first deployed in battlefields of the Great War. By the end of the war the Austro-Hungarian Monarchy had fallen to pieces and even the illusion of the German territorial gains had vanished. At the end of the war Hungary was allied with the losing side, the Central Powers and ended the war by signing the Armistice of Villa Giusti on November 1918, and the Belgrade Pact on 13 November 1918. Hungary gained its independence and the first Hungarian Republic was proclaimed on 16 November 1918.

The ‘End of World War I’ commemorative coins are legal tender in Hungary, but they do not serve circulatory purposes. Primarily, they are a means to commemorate and pay tribute to the victims of the war. The silver and the non-ferrous metal versions have the same design, the only difference being their denominations.

The dominant design element on the obverse is a fraction of a world map with Europe as the centre, which features stars and settlement names in boxes where the most significant battles took place involving Hungarian soldiers. The conflicting powers and the neutral countries are differentiated by three specific surface marking on the mint. To facilitate the comprehension of the map the coin features the lettering ‘MAGYAR KATONÁK A NAGY HÁBORÚBAN’ (Hungarian soldiers in the Great War) in a box placed in the inner ring. The compulsory design elements of collector coins are in the outer ring: the lettering MAGYARORSZÁG in the upper arc, the denominations 10,000 and 2,000 FORINT in the lower arc, the BP. mint mark and the mint year 2018 on the centre line of the coin.

The outer ring structure also appears on the reverse of the coins. As the central motif on the reverse, a scene in the trenches is shown depicting the trench warfare, the tragedy of war, the heroism and comradery of the soldiers; features that were so typical of World War I. The trenches are positioned as a cross which also suggests paying tribute. To the right of the representation Bitó Balázs’s master mark is shown, a goldsmith’s, who designed the collector coin.

In the outer ring the legend ‘100 ÉVE ÉRT VÉGET AZ ELSŐ VILÁGHÁBORÚ’ (World War I ended 100 years ago) is featured, while in the lower legend the years 1918 - 2018 are shown. For this coin a security feature in micro lettering also provides protection against counterfeiting: the ‘BP.’ mint mark in micro lettering is repeated in both dots separating the upper and lower legend, four times per dot - visible only when magnified at least ten times.