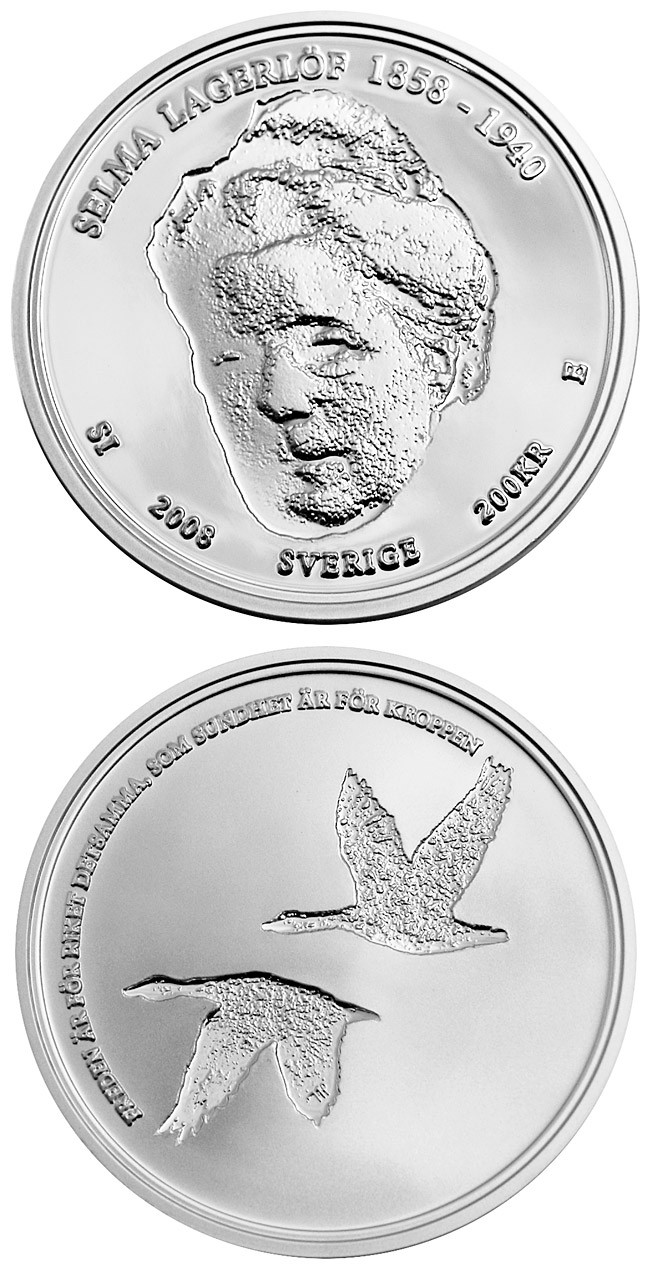 The price of the coin is set at SEK 300. The coin is designed by Jon Holm, a student of the Royal University College of Fine Arts, who won the competition held by the Riksbank in 2006. The manufacturer is AB Myntverket in Eskilstuna. The obverse (the front side) of the coin carries a portrait of the author Selma Lagerlöf, based on a photograph from Mårbacka, her childhood home. The text ”SELMA LAGERLÖF 1858—1940” appears on the upper edge. On the lower edge are the Governor’s initials (“SI”), the year “2008”, “SVERIGE”, the denomination “200KR”, and the first letter of the place the coin was minted (“E”). The designer’s initials (”JH”) appear below the picture of Selma Lagerlöf. On the reverse (the back) of the coin there is a picture of flying geese and on the edge on the left the quotation “FREDEN ÄR FÖR RIKET DETSAMMA, SOM SUNDHET ÄR FÖR KROPPEN” (Peace is to the kingdom what health is to the body). The quotation is from the short story “Monarkmötet” (The meeting of monarchs) which is included in the collection “Troll och människor” (Trolls and Humans) from 1915. The coin has a smooth edge.