200 kronor - 700th anniversary of the birth of Saint Birgitta 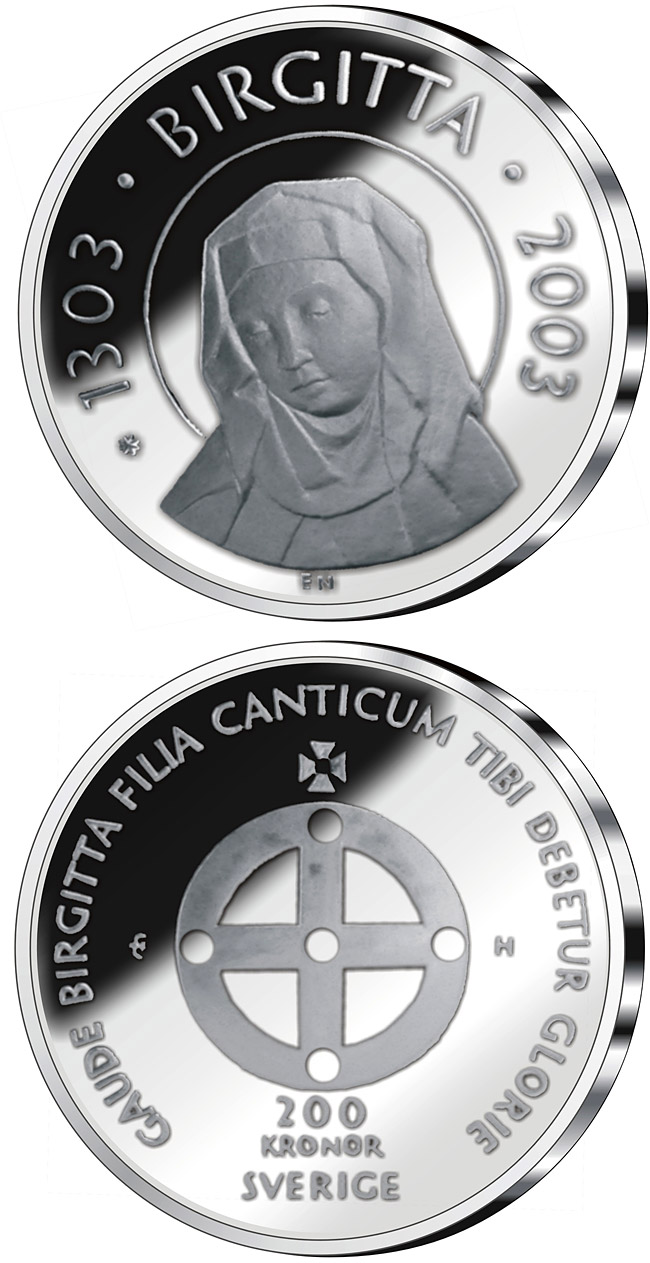 The price of the coin is set at SEK 250. The artist is Ernst Nordin, who is a renowned artist in the fields of coins, medallions and sculpture. The coin was minted by Nordic Coin AB Svenska myntverket in Eskilstuna. The obverse contains a representation of Saint Birgitta and the text "1303 • BIRGITTA • 2003". Under this is found the artist's signature "EN". The reverse depicts Birgitta's crown with its 5 points, on top of which is a cross and the same text as on the gold coin. Under Birgitta’s crown is "200", "KRONOR", "SVERIGE". To the left of the crown is the letter "E", which indicates the place the coin was minted and on the right is the letter "H", which is the first letter of the Riksbank Governor's surname. The coin has a smooth edge. The Latin text on the coin has been taken from a medieval hymn of praise. The coin has a smooth edge.