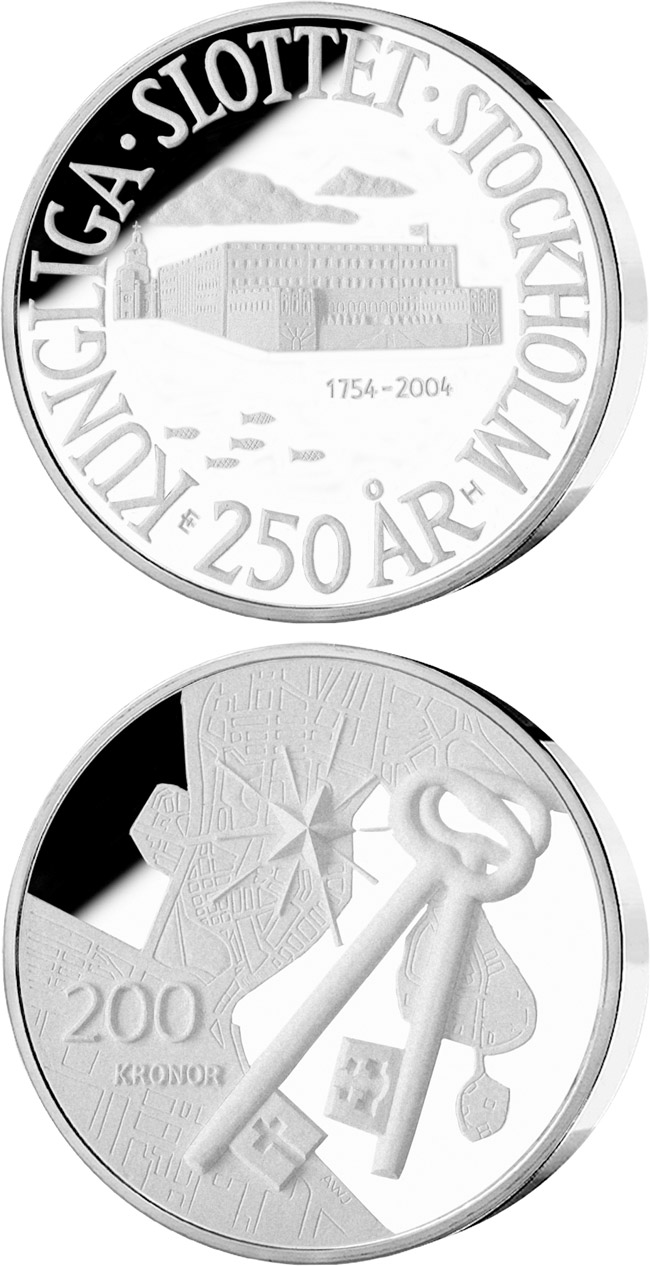 The artist is sculptor Annie Winblad Jakubowski, who is making her debut as coin artist. The coin is minted by Nordic Coin AB Svenska myntverket in Eskilstuna.

The obverse shows the Royal Palace in Stockholm with the years 1754-2004 engraved below and the legend clockwise reads ”KUNGLIGA • SLOTTET • STOCKHOLM” (ROYAL PALACE STOCKHOLM) and beneath this “250 ÅR” (250 YEARS).

The reverse carries a map of Stockholm, with Gamla stan (the old town) in focus and the Royal Palace marked with the Northern Pole star. Above the map are two keys. To the left of the map is the figure “2000" or “200” respectively, and beneath this “KRONOR”.