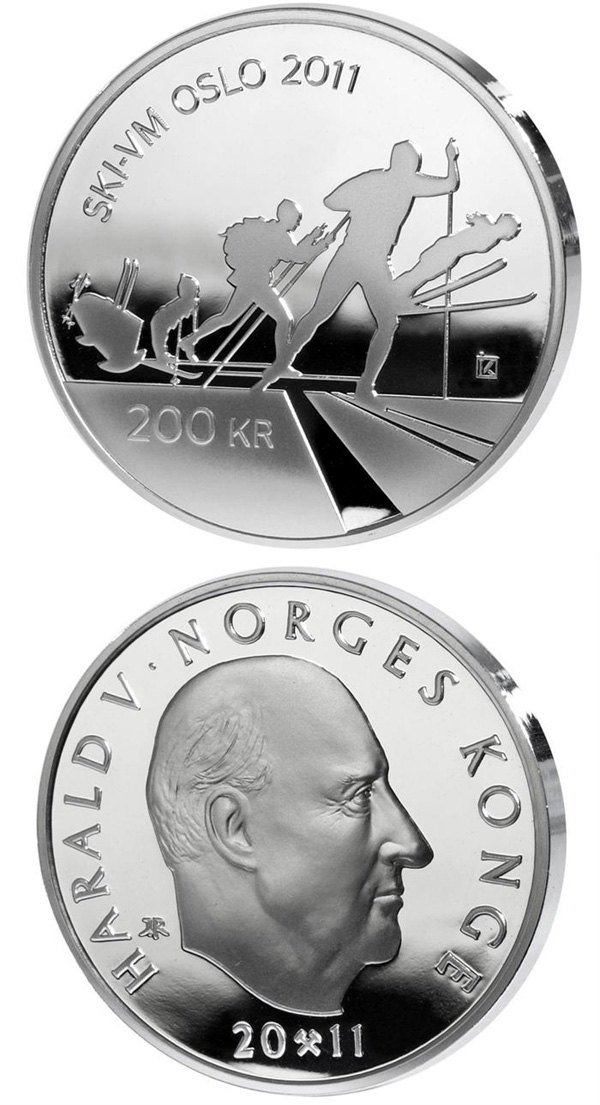 In connection with the World Ski Championships 2011 in Oslo, Norges Bank will issue a silver 200-krone coin to mark the central role of the sport of skiing in Norway. Skiing holds a special significance for most Norwegians. Skiing and the Norwegian winter have deep roots in Norwegian culture, and Morgedal in Telemark is known as the cradle of ski sports. The FIS Nordic World Ski Championships will be held at the Holmenkollen arena in Oslo 23 February - 6 March 2011. The world ski championships have in a sense come home, to perhaps the most legendary ski jump in the world, with a history going back to 1892 and a reputation as one of the world’s best known sports arenas.