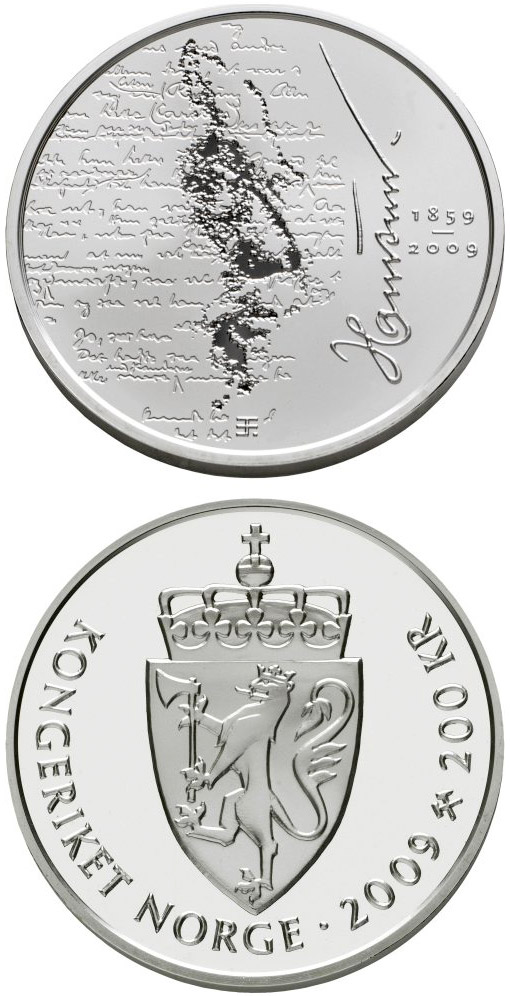 Knut Hamsun’s works hold a central place in Norwegian literature and cultural history. Hamsun is one of Norway’s three literary Nobel laureates and his work has had a strong influence on both Norwegian and international literature. The reverse of the coin, designed by Enzo Finger, features Hamsun’s signature, the year of his birth and of the anniversary, a reproduction of Hamsun’s notes for his novel Markens Grøde (Growth of the Soil) with the author’s features partially visible through the text. The portrait is based on an etching by Horst Janssen © Horst Janssen / BONO 2009.