200 euro - The round dance of the Smurfs 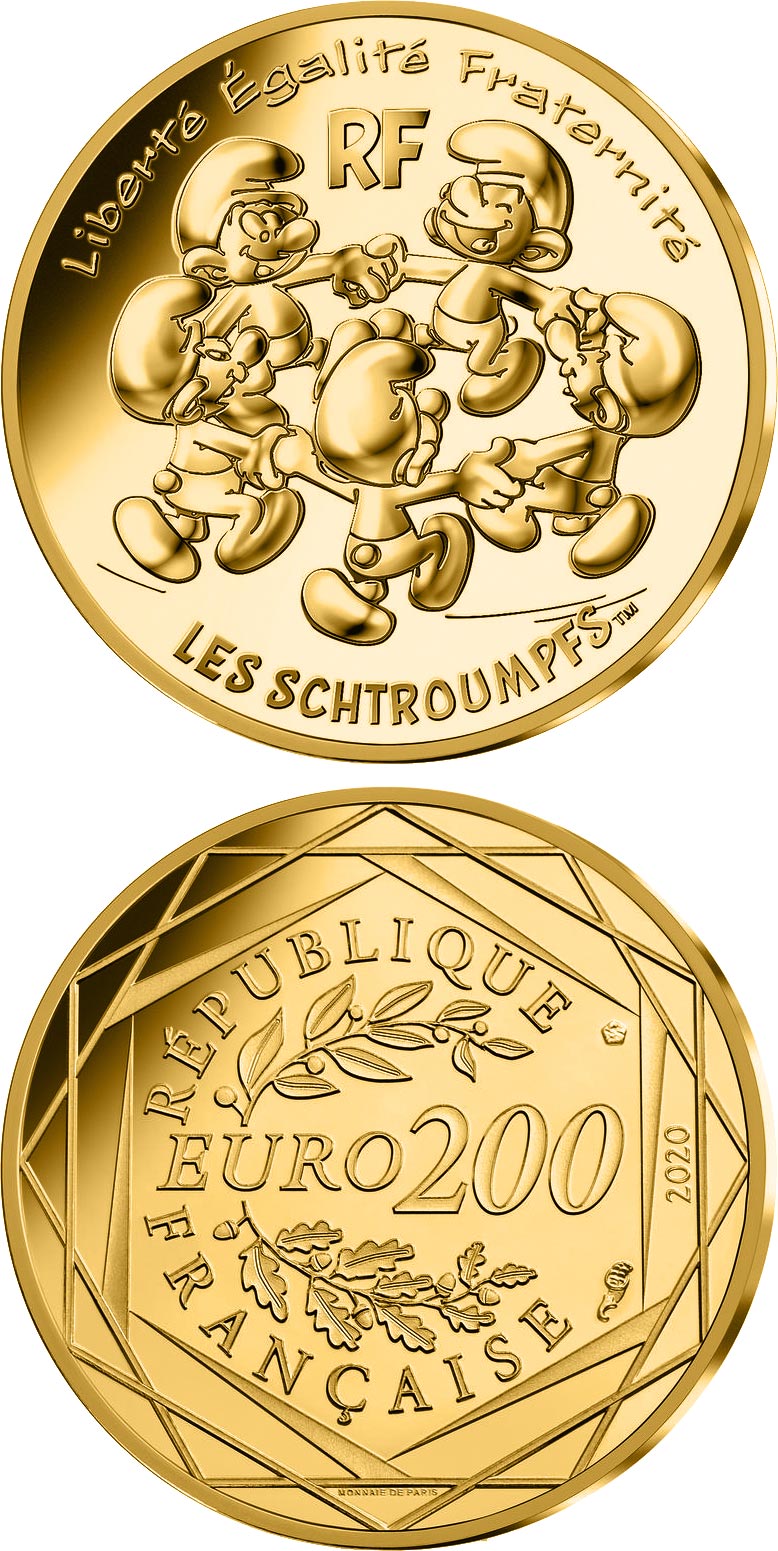 Iconic little blue pixies, The Smurfs made their first appearance in the Johan & Pirlouit album “The Smurfs and the Magic Flute”, created by Peyo in 1958. Since then, those blue characters, dressed with white pants and hats have been living many adventures in multiple albums. In 2020, Monnaie de Paris pays tribute to comics and to Peyo’s work but also to the hundred of iconic characters, all very much alike, but with such different nature. The Smurfs are dancing a round, symbol of their friendship and of the strong values they share within the village.