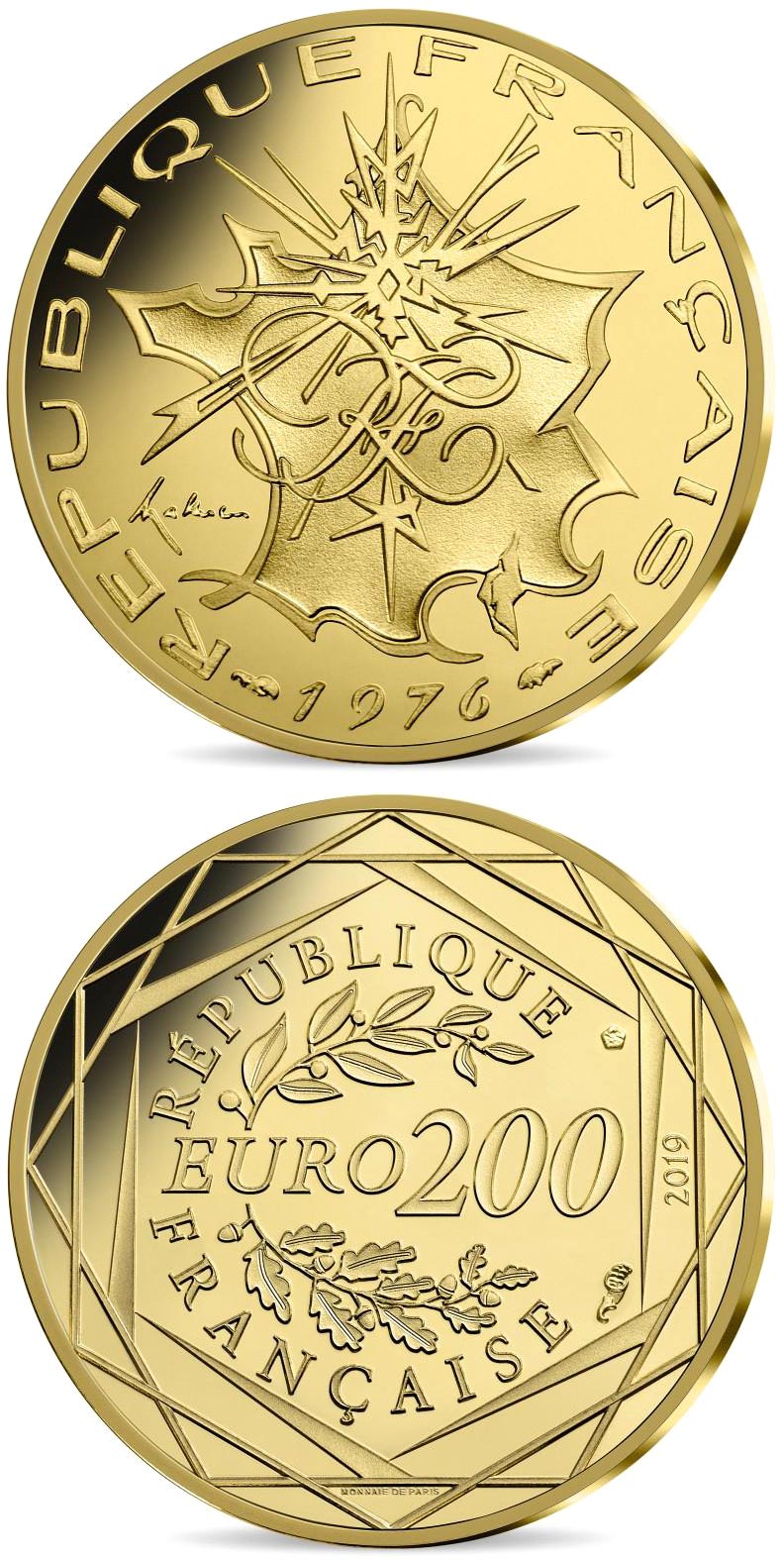 Monnaie de Paris strikes coins for France since year 864. The treasures, that belongs to its heritage, are the series’ essence. It recounts France’s History on some twenty coins, going from the Roman period until today. The series will be launched in two stages : the first wave in March 2019 and the second one in September 2019. It is composed of 18 10€ Silver coins depicting former french currencies. Two uncolorised 50€ Silver coins, two colorised 50€ Silver coins and the 200€ Gold coin complete the series and present strong French symbols. The obverse of the 200 euro Gold coin depicts the 1976 10FF Mathieu French coin. The Monnaie de Paris engraving workshop took its inspiration from the drawing of the artist Georges Mathieu. The coin was struck from 1974 to 1987 in France. The very contemporary reverse of the coin presents the face value, surrounded by two branches (oak and laurel) that evoke the Euro symbol. The entire reverse motive is framed in a hexagonal design representing the shape of France.