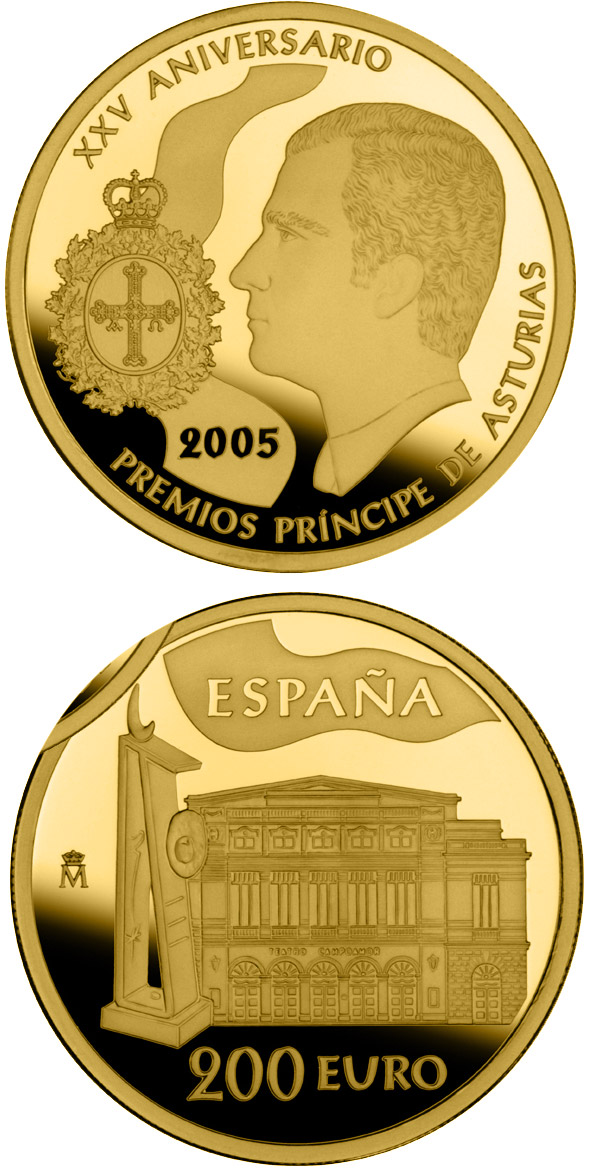 The year 2005 marks the 25th anniversary of the Prince of Asturias Awards. To honor the occasion, the UNESCO determined that it would sponsor the commemorative events, recognizing the outstanding part these awards play in furthering mankind’s grand achievements in such important fields as culture, science and the humanities. Keen to join in the commemoration of this extraordinary anniversary, the Spanish Royal Mint proceeded to issue two collector coins, the reverses of which are dedicated to this significant cultural event. The obverse portrays a likeness of H.R.H. Prince Felipe, together with the coat-of-arms of the Prince of Asturias Foundation. The reverse features a rendering of the façade of the Theatre Campoamor where the annual Award ceremony is held, and to the left the symbol of the Prince of Asturias Awards created in sculptural form by Joan Miró.