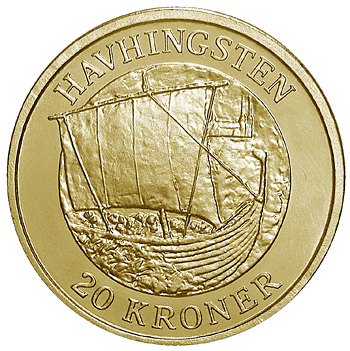 The Sea Sallion from Glendalough is a reconstruction of Skuldelev 2. The original ship was built in Dublin in 1042 and ended its days on the bottom of Roskilde Fjord at the end of the 11th century. The excavation began in 1962 and very soon the archaeologists became aware that it was the remains of five viking ships that appeared out of the mud at the bottom of Roskilde Fjord. In 2007 the Viking Ship Museum began a trial voyages with the Sea Stallion from Roskilde to Dublin. On Saturday 9 August 2008 the ship returned from Dublin to Roskilde.