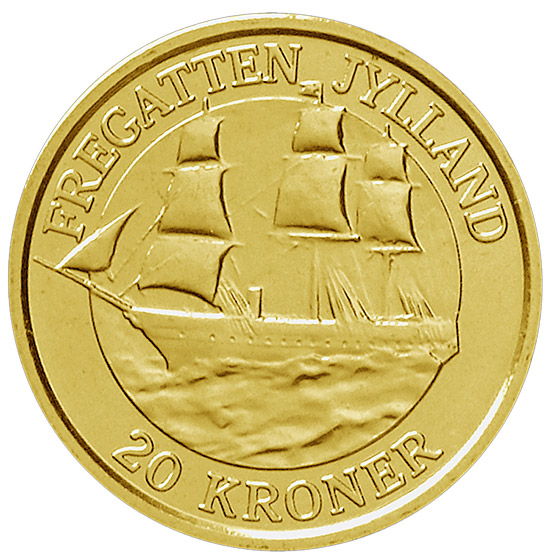 The coin was presented the same day on the Frigate Jylland in the port of Ebeltoft. The Frigate Jylland is the world’s longest wooden ship and represents outstanding craftsmanship. It also marks the beginning of a new age, being powered by both sails and an engine – an innovation within shipbuilding at the time when it was launched.The Frigate was commissioned by the Royal Danish Navy and was involved in the Battle of Helgoland in 1864, in which it became a national symbol. Later it became the royal ship of King Christian IX. Today the Frigate Jylland is a popular tourist attraction in Ebeltoft.