Susten Pass: a popular Swiss excursion destination. The Susten Pass route was first documented at the beginning of the 17th century, but gained in importance from 1818 onwards, after it was converted into a navigable road – and also because Napoleon had seized control of the Simplon Pass, cutting off Bernese access to the trade route into northern Italy. In 1938, transport policy and national defence considerations prompted the Confederation to build a modern road through the pass. This was opened on 7 September 1946. Today, the Susten Pass (2,259 metres a.s.l.), with its numerous bridges and tunnels and the superb mountain landscape that surrounds it, is one of the most popular passes in Switzerland. After the Klausen Pass and the Furka Pass, Swissmint is dedicating the third and final 20-franc silver coin in the Swiss Alpine Passes series to the Susten Pass. 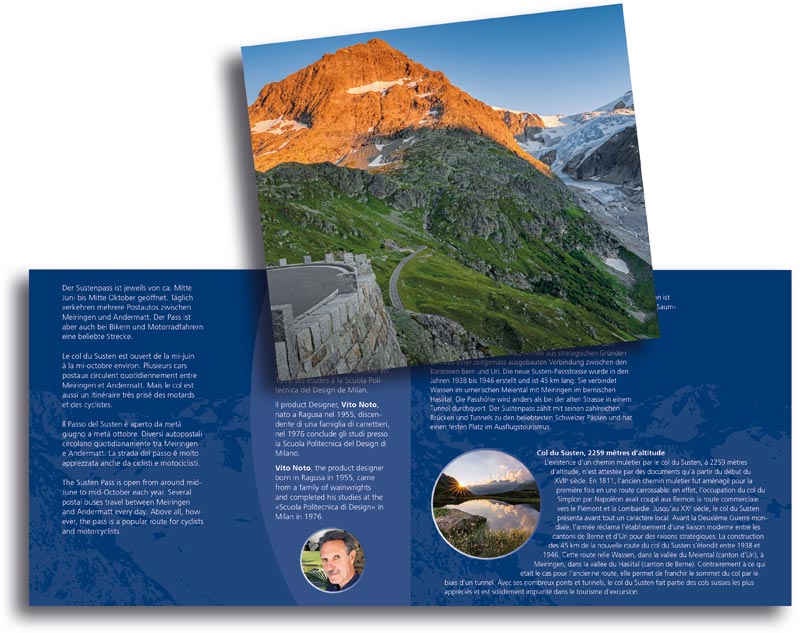