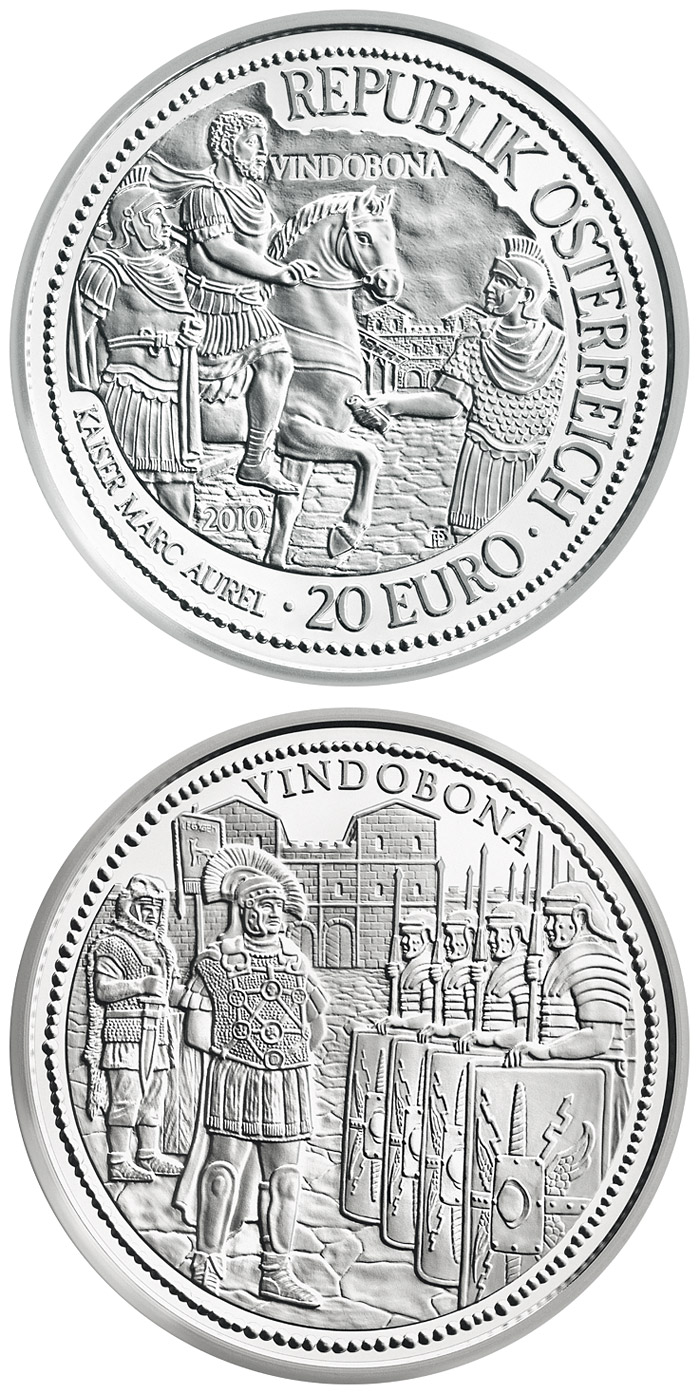 The second coin in the Austrian Mint’s new series "Rome on the Danube" is dedicated to the famous city of Vienna that began its existence as a military outpost on the northern borders of the Roman Empire. The 20 Euro coin "Vindobona" is produced exclusively in proof quality to a guaranteed maximum mintage of 50,000 pieces worldwide.

Following the first coin "Virunum", capital of the province of Noricum, Vindobona will itself be followed in 2011 by "Carnuntum", capital of the province Pannonia Superior, and "Aguntum", a city of purely civilian character just south of the Alps. 2012 will conclude the series with coins for "Lauriacum" and the Limes as well as for "Brigantium" on the shores of Lake Constance near Switzerland.

The obverse of the coin shows Marcus Aurelius on horseback in the legionary fortress of Vindobona. An officer of his imperial guard stands beside him, while another hands the emperor a scroll bearing an important message. In the background one of the double gates of the fort with its twin defensive towers can be seen; perhaps the porta decumana that opened up on the defensive ditch to the south, today’s Graben. The scene is based on an ancient marble relief depicting the Marcomanni Wars. The ragged edge at the top symbolises the border along the River Danube.

The reverse side shows a centurion proudly inspecting the soldiers of his centuria (nominally 100, but in reality 60-80 men) drawn up on the via principalis, the main road of the fortress crossing from east to west. In the background is the porta principalis dextra (the principal right-hand gate). The centurion wears a transverse crest on his helmet, a sign of his rank. The legionaries stand with their rectangular body shields holding the Roman spear or pilum.