Rounding off the Empress Maria Theresa series, Prudence and Reform, like all the coins in the series, is minted in extra-bold relief and has been inspired by medals issued during the 40-year reign of the Empress. After a work signed by F. Würth F., the coin’s obverse portrays Maria Theresa and her son Joseph II, with whom the monarch shared power after the death of her beloved husband Francis I. Cooperation with her successor proved complicated, however, so different were they in ideology, yet so similar in their hunger for power. The deep affection that mother and son felt for each other made their relationship even more complicated. 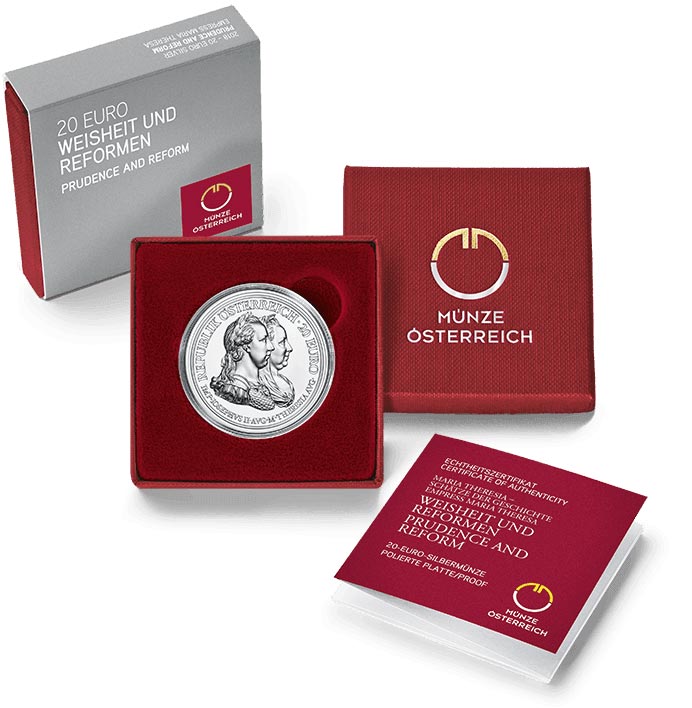