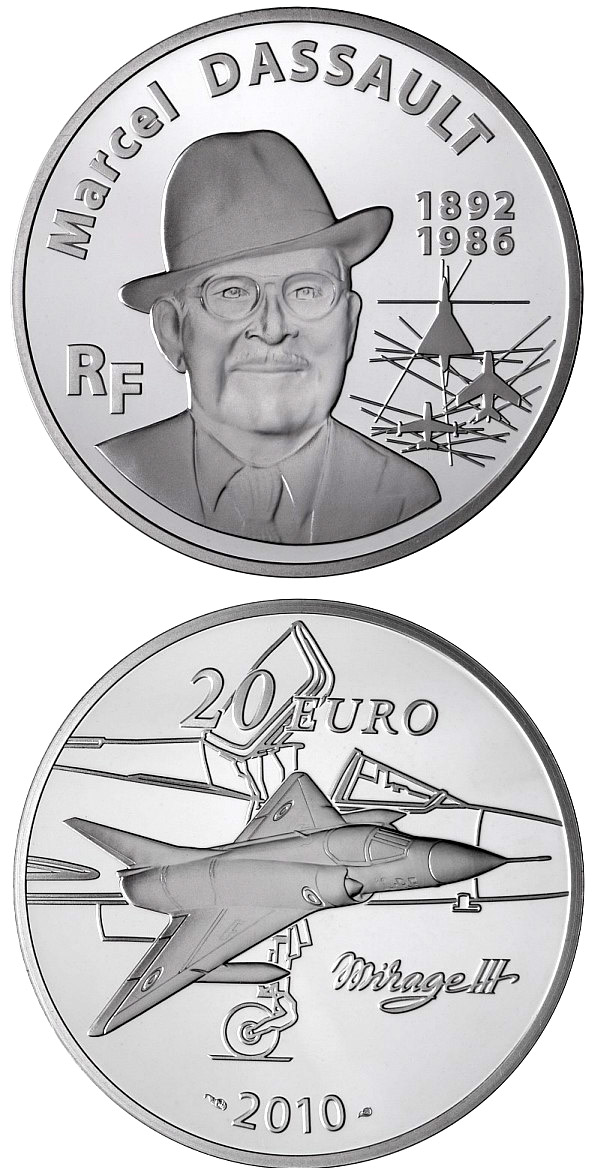 Within the context of Great Captains of Industry, Monnaie de Paris is issuing a coin featuring the portrait of Marcel Dassault, founder of Dassault Aviation, a major French aviation company. The obverse features a portrait of Marcel Dassault wearing his characteristic hat. To the right of the portrait is a representation of a sketch of the Ouragan, the Mystere and the Mirage III, typical aircraft models produced by Dassault. The centre of the reverse shows a Mirage III, a typical model illustrating the delta wing and the first European designed fighter aircraft to pass Mach 2. The image shows it in full flight at three quarter turn with the word “Mirage III” to its right written in the original font used on its fuselage. In the background is a forward profile of the Mirage III with an open canopy. The €10 coin is struck from an alloy which is used in the aeronautics industry.