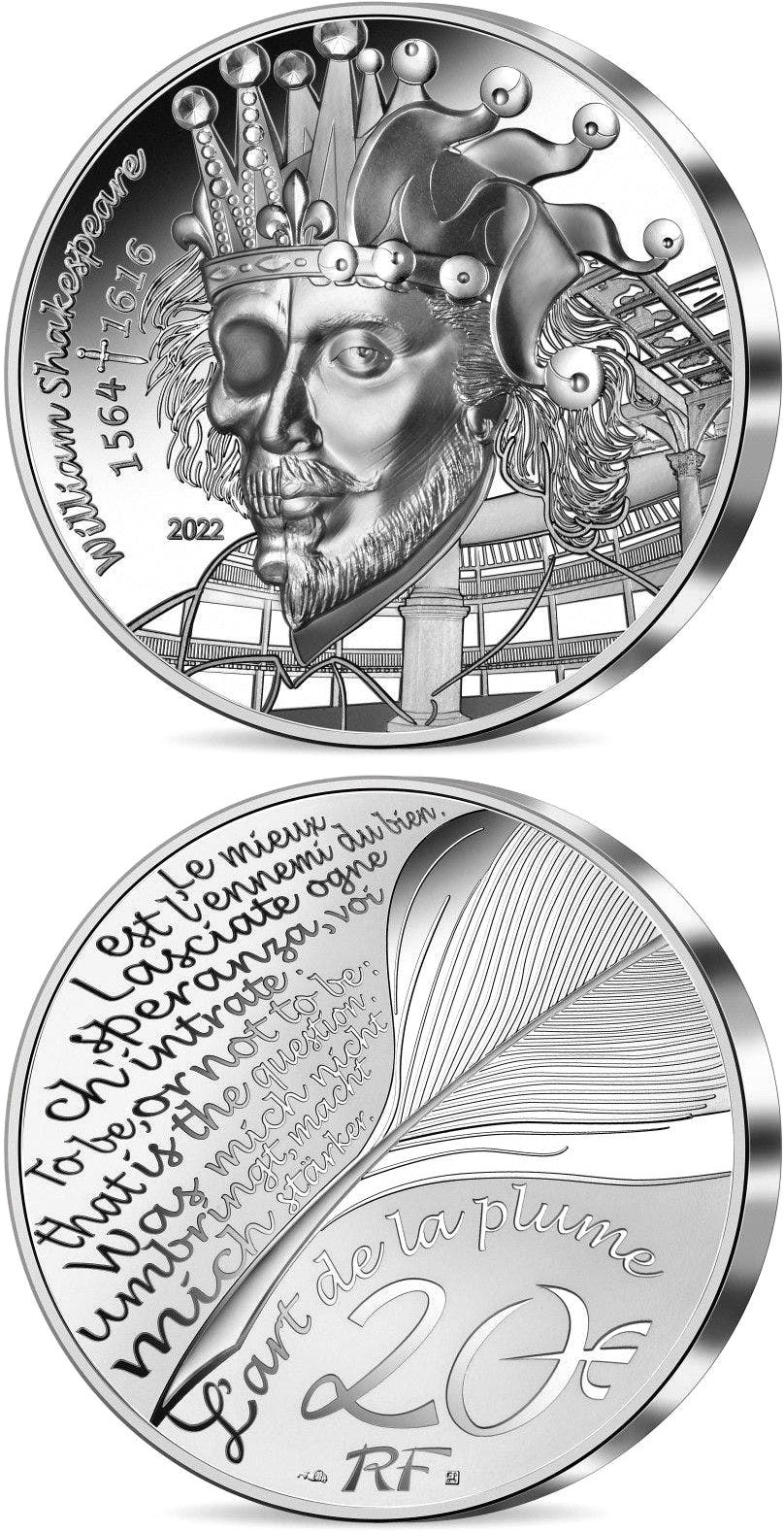 In 2021, Monnaie de Paris started a new serie dedicated to litterature. After the celebration Moliere at the beginning of the year, Monnaie de Paris cannot celebrate the Theater without honoring William Shakespeare, a major playwright who continues to inspire artists around the world. Born in England in 1564, he left such an indelible mark on the language of his country that the English language is still often referred to as “Shakespeare’s language”. Equally gifted in comedy and tragedy, he wrote no less than thirty-seven dramatic works, including the famous Romeo and Juliet and Hamlet. To pay him tribute, Monnaie de Paris is minting a series of gold and silver collector coins. 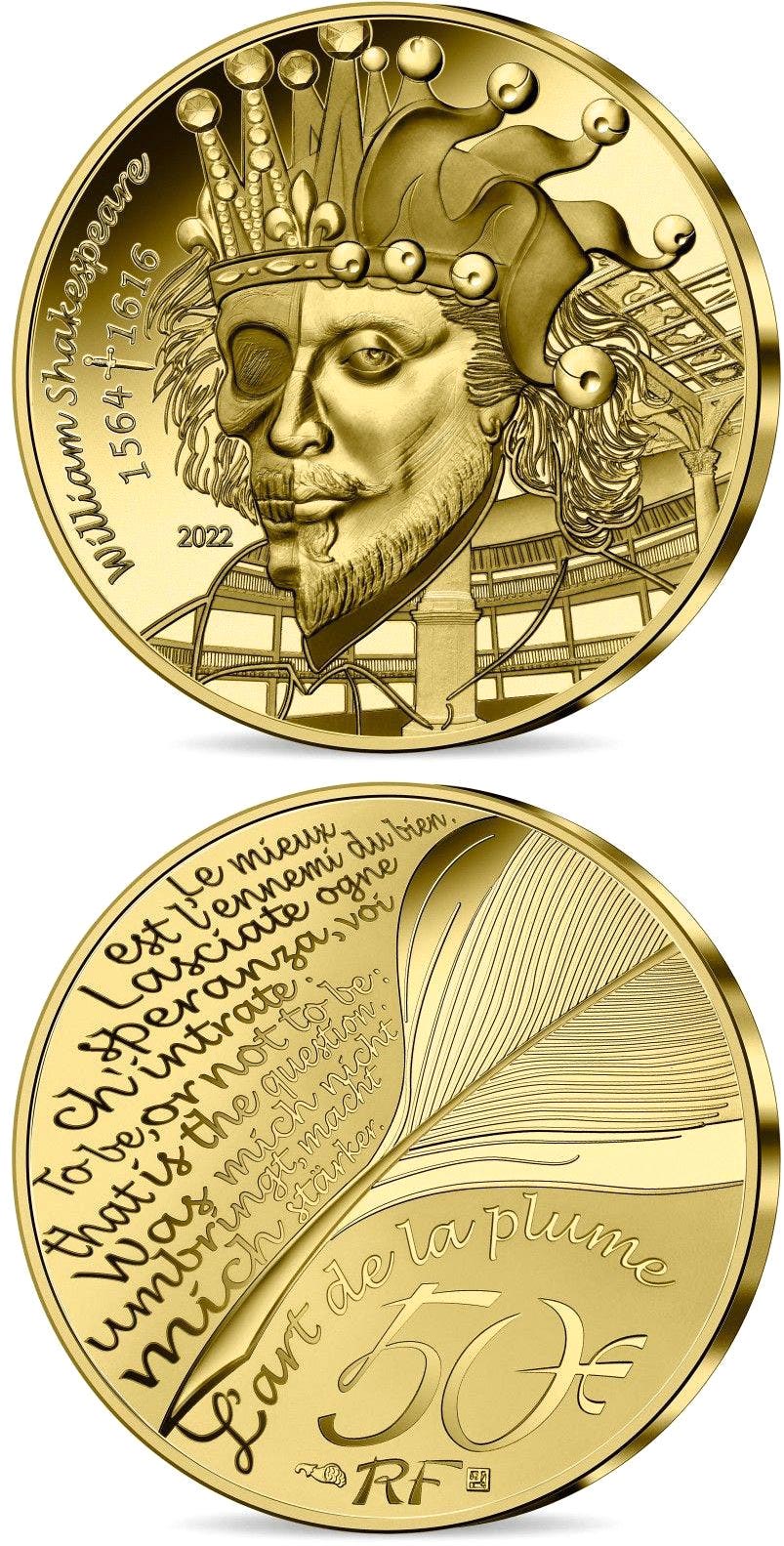