20 euro - The Wolf and the Seven Young Goats 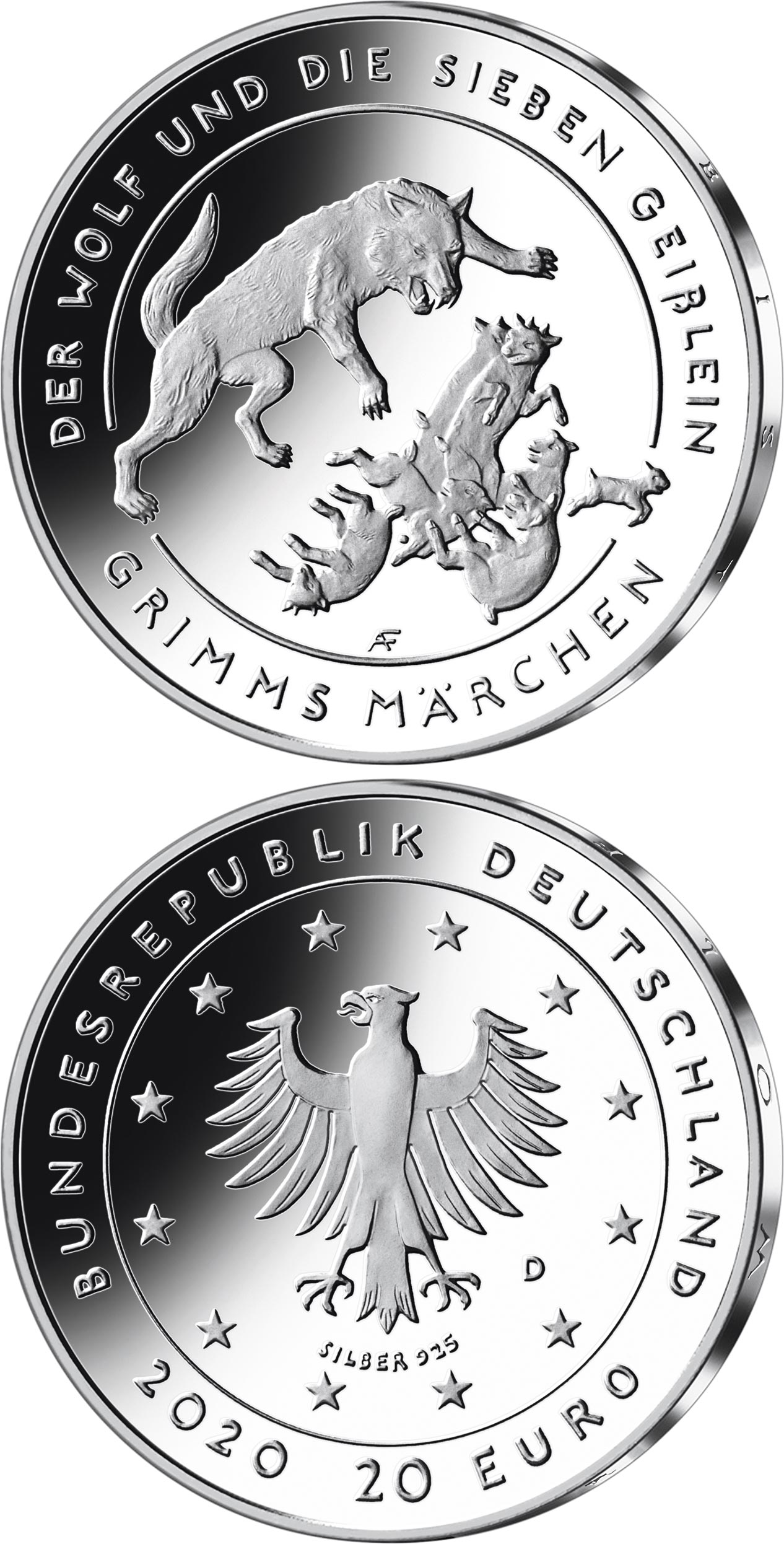 A mother goat leaves her seven children at home while she ventures into the forest to find food. Before she leaves, she warns her young about the Big Bad Wolf who will try to sneak into the house and gobble them up. The wolf will pretend to be their mother and convince the kids to open the door. The young children will be able to recognize their true mother by her white feet and sweet voice. The mother goat leaves and the seven kids stay in the house. Before long, they hear a voice at the door that says "Let me in children, your mother has something for each and every one of you". His gruff voice betrays him and the kids do not let him in. The wolf goes to a market and steals some honey to soften his voice. A little while later, the kids hear another voice at the door: "Let me in children, your mother has something for each and every one of you". This time the voice is high and sweet like their mother's. They are about to let him in when the youngest kid looks under the crack in the door and notices the wolf's big, black feet. They refuse to open the door, and the wolf goes away again. The wolf goes to the bakery and steals some flour, smearing it all over his coat, turning his black feet white. He returns to the children's house, and says "Let me in children, your mother has something for each and every one of you". The kids see his white feet and hear his sweet voice, so they open the door. The wolf jumps into the house and gobbles up six of the kids. The youngest child hides from the wolf in the grandfather clock and does not get eaten. Later that day, the mother goat returns home from the forest. She is distraught to find the door wide open and all but one of her children missing. She looks around and sees the wolf, fast asleep under a tree. He had eaten so much, he could not move. The mother goat calls to her youngest child to quickly get her a pair of scissors, a needle and some thread. She cuts open the wolf's belly and the six children spring out miraculously unharmed. They fill the wolf's belly with rocks, and the mother sews it back up again. When the wolf wakes up, he is very thirsty. He goes to the river to drink, but falls in and drowns under the weight of the rocks. The family lived happily ever after.