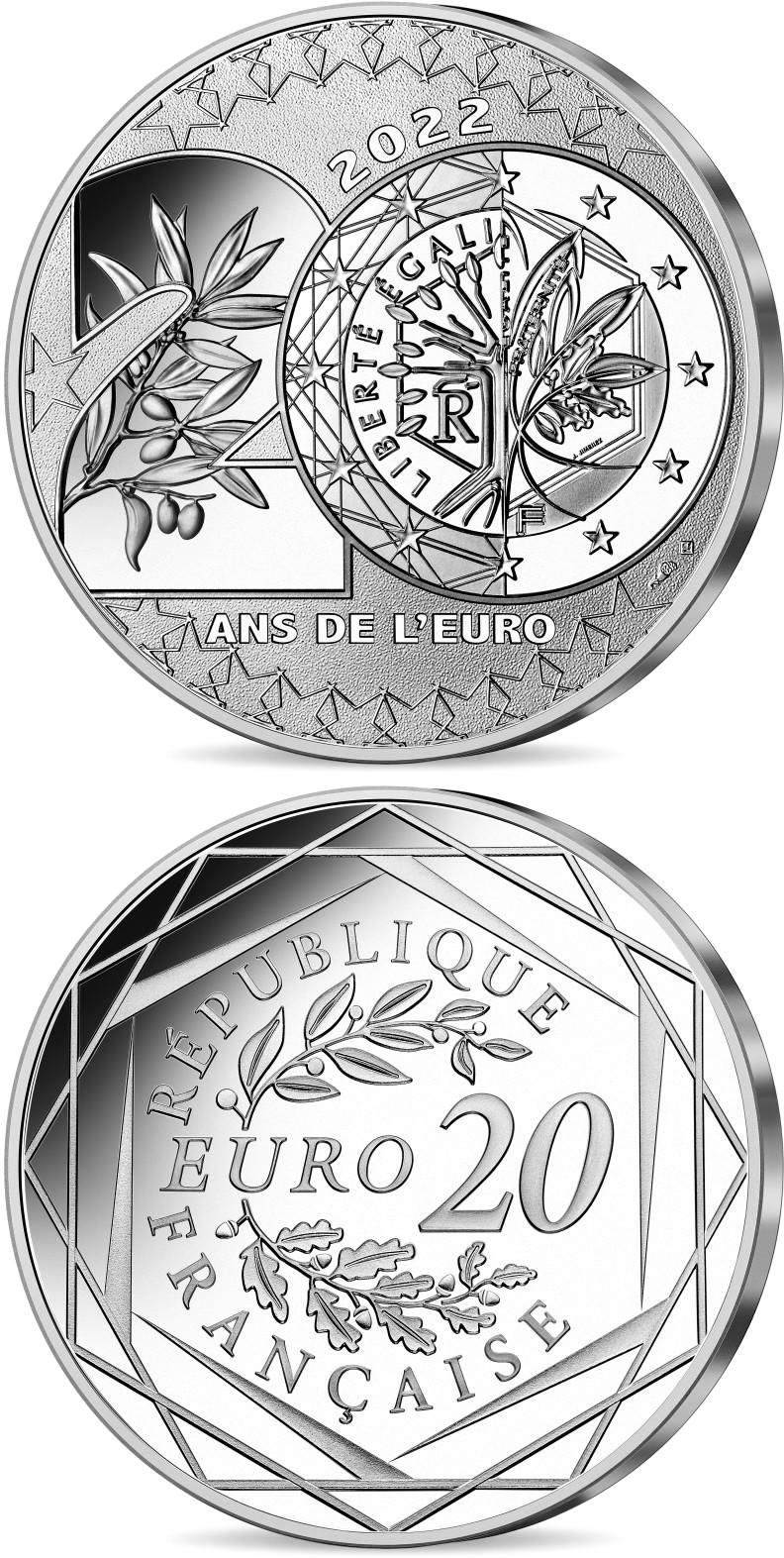 20 years after its launch, the Monnaie de Paris is celebrating the second part of the euro's anniversary with a collection of gold and silver coins.For this occasion and for the first time in Europe, the national obverse of the €1 and €2 coins is getting a makeover and will feature a new design by Joaquin Jiménez, engraver of the "Tree of Life", which has been present on both denominations until now. This commemorative coin celebrates the 20th anniversary of the euro as well as the 20th anniversary of the withdrawal of the French franc from circulation. This double tribute is symbolised by the presence of an olive branch in the hollow of the "2", a natural and numismatic symbol that has accompanied the 1 franc coins since the monetary reform of the Fifth Republic. The "O" is represented as a €2 coin, split in two between the original design by Joaquin Jiménez dating from 1999 and the new national obverse put into circulation in January 2022. The opposition of the two designs allows us to observe the evolution of the engraver's tree of life, in a more contemporary form.