20 euro - 100th Anniversary of the Birth of Sophie Scholl 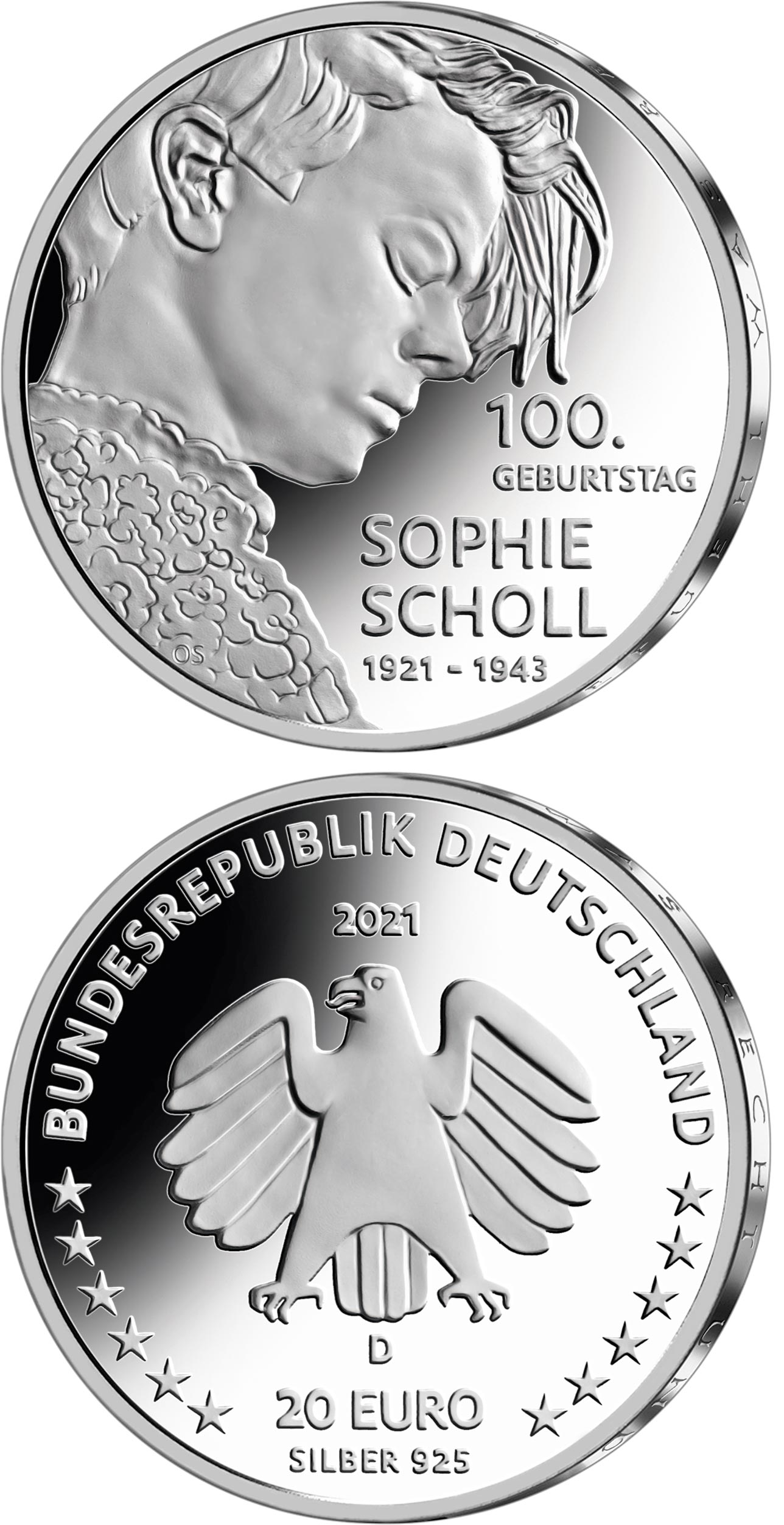 Sophia Magdalena Scholl (9 May 1921 – 22 February 1943) was a German student and anti-Nazi political activist, active within the White Rose non-violent resistance group in Nazi Germany. She was convicted of high treason after having been found distributing anti-war leaflets at the University of Munich (LMU) with her brother, Hans. As a result, she was executed by guillotine. Since the 1970s, Scholl has been extensively commemorated for her anti-Nazi resistance work.