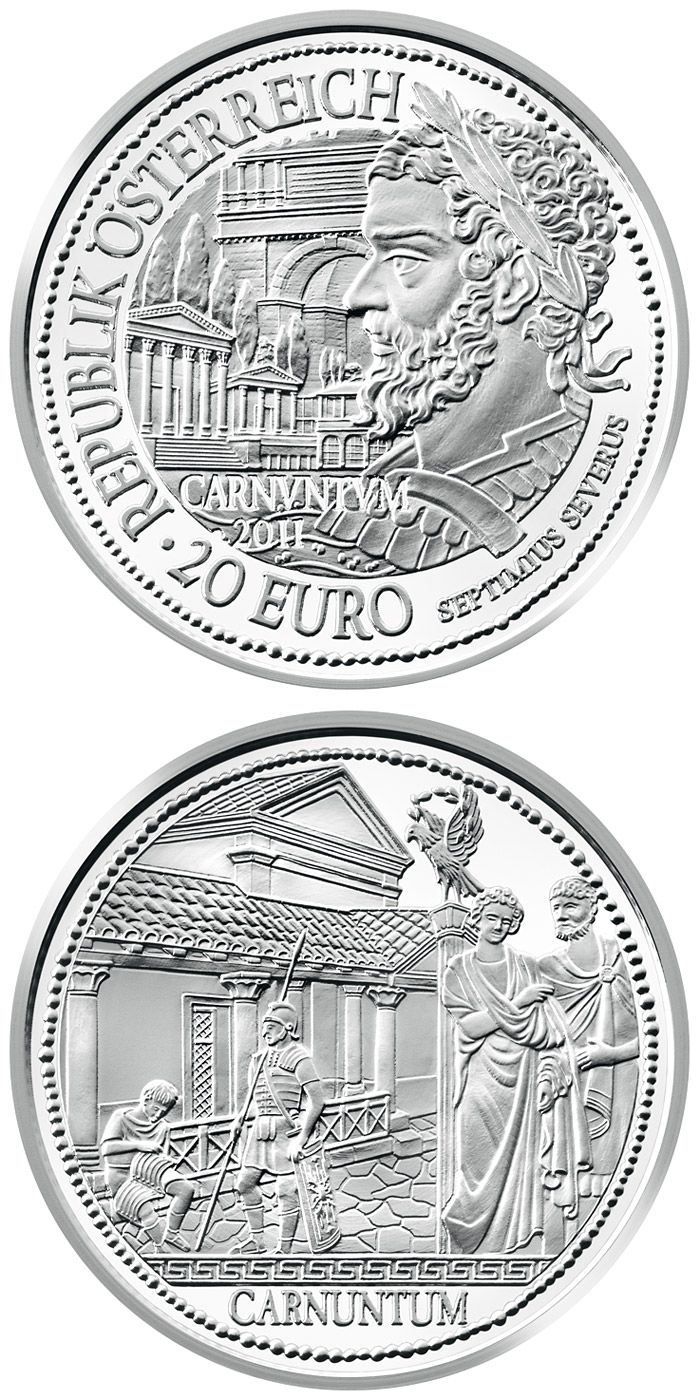 Some 2,000 years ago, the Romans built fortified winter quarters in the area of Carnuntum, transforming it into one of the most important settlements in the Roman Empire.

Carnuntum acquired geopolitical significance when a conference of emperors was held there in 308 AD. The consequences of this meeting were in many ways instrumental in the spread of Christianity and western culture. The name of Carnuntum – the city of emperors – still resonates today, in the form of this silver coin featuring the gleaming profile of the Emperor Septimius Severus.

This third coin in the series "Rome on the Danube" is a limited edition of 50,000. The six-part coin series illustrates life at a time when Rome reigned over Austria and great swathes of the known world. Beginning with the Noric capital of Virunum, these silver coins depict important border towns such as Vindobona (Vienna), Carnuntum, Lauriacum (Lorch/Enns), Aguntum (near Lienz) and Brigantum (Bregenz).