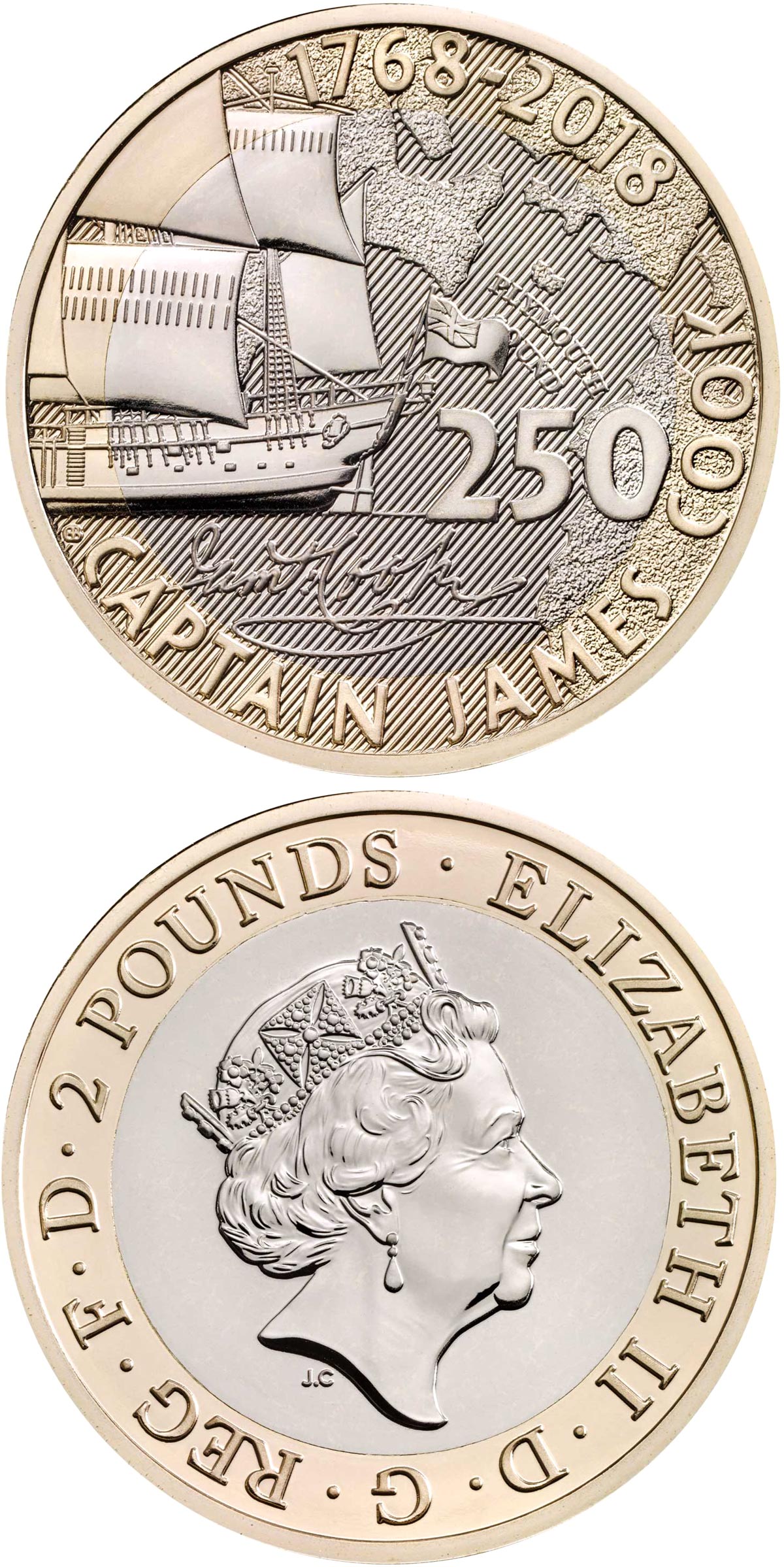 n August 1768, Captain James Cook and his crew set sail on HM Bark Endeavour, commencing what would become a three-year voyage of discovery. It was the first of three such journeys for the intrepid pioneer, during which he would circumnavigate the world twice. His spirit of adventure helped to fill in the blanks on the world map and improve our knowledge of new places, peoples, plants and even other planets.

250 years later, The Royal Mint invites you to join us on a three-year adventure through history in coins. A series of three £2 coins, released each year from 2018 to 2020, will explore Captain Cook’s voyage of discovery in real time. The coins carry three intriguing designs by sculptor Gary Breeze, which combine to create a single, complete image that tells the story of Captain Cook’s voyage. And if you order all the gold or silver coins right now, you will be charged for each coin on its individual release and your 2020 coin will be presented in an exclusive three-coin case, ready to display the collection.

Captain James Cook charted more of the planet than any other historical figure, establishing Britain’s reputation as a nation with a spirit of adventure. 250 years ago, he set sail from Plymouth on his first voyage of discovery aboard HM Bark Endeavour. Robust but with a shallow draught, she could withstand the power of the sea but also navigate shallow waters, making her perfect for the journey ahead. Captain Cook’s primary objective was to sail to Tahiti to observe the Transit of Venus across the sun, a rare astronomical event. But there were rumours of a ‘Great Southern Continent’ hidden at the bottom of the globe, and he also carried a second set of orders that were to remain sealed.

By November 1768 Cook had crossed the equator and reached Rio de Janeiro. 250 years after the start of his journey, you can embark on your own voyage of discovery with a series of £2 coins that will follow Captain Cook’s famous voyage in real time. This 2018 sterling silver Proof £2 coin features the first of a three-part ‘puzzle’ design that will build to tell the story of Captain Cook’s adventure. Presented in a Royal Mint case, each Proof coin will be issued annually in a low mintage. In order to guarantee completion of your three-year journey, you can order your first coin today. If you order all three coins in the series, you’ll receive your 2020 coin in a three-coin case, exclusive to subscribers. 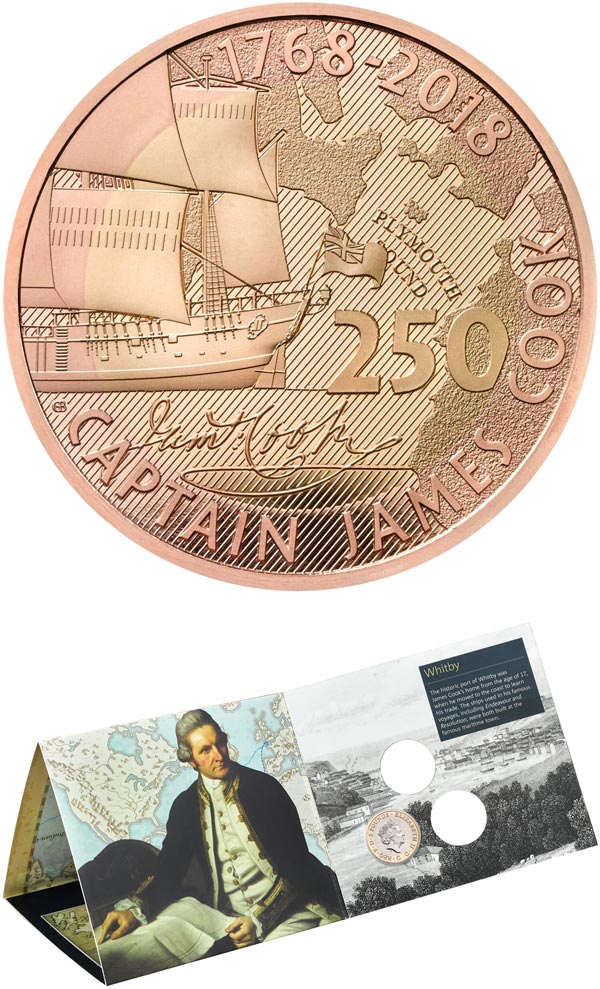