2 pounds - 400 Years Since the Voyage of the Mayflower

In the chill of a mid-November morning in 1620, a small converted merchant ship appeared off the coast of Cape Cod, in the modern-day US state of Massachusetts. One or two European ships had passed this way before, exploring the New World, but the 102 passengers of the Mayflower – storm-tossed and seasick – were here to stay. These were the Pilgrims, whose uncommonly democratic form of self-government would lay the philosophical foundations for the United States of America. In 2020 The Royal Mint commemorates the 400th anniversary of the Mayflower voyage with a vibrantly designed coin. A voyage that was arguably almost a century in the making, a voyage spawned by religious persecution and beset by bad luck and foul weather, and a voyage that made history. Available in gold and silver Proof editions, as well as a Brilliant Uncirculated edition, the 400th Anniversary of the Voyage of the Mayflower coin offers a distinctive opportunity to commemorate the Mayflower. In addition, a special two-coin set, in collaboration with the US Mint provides the opportunity to see the story from both sides of the ocean. 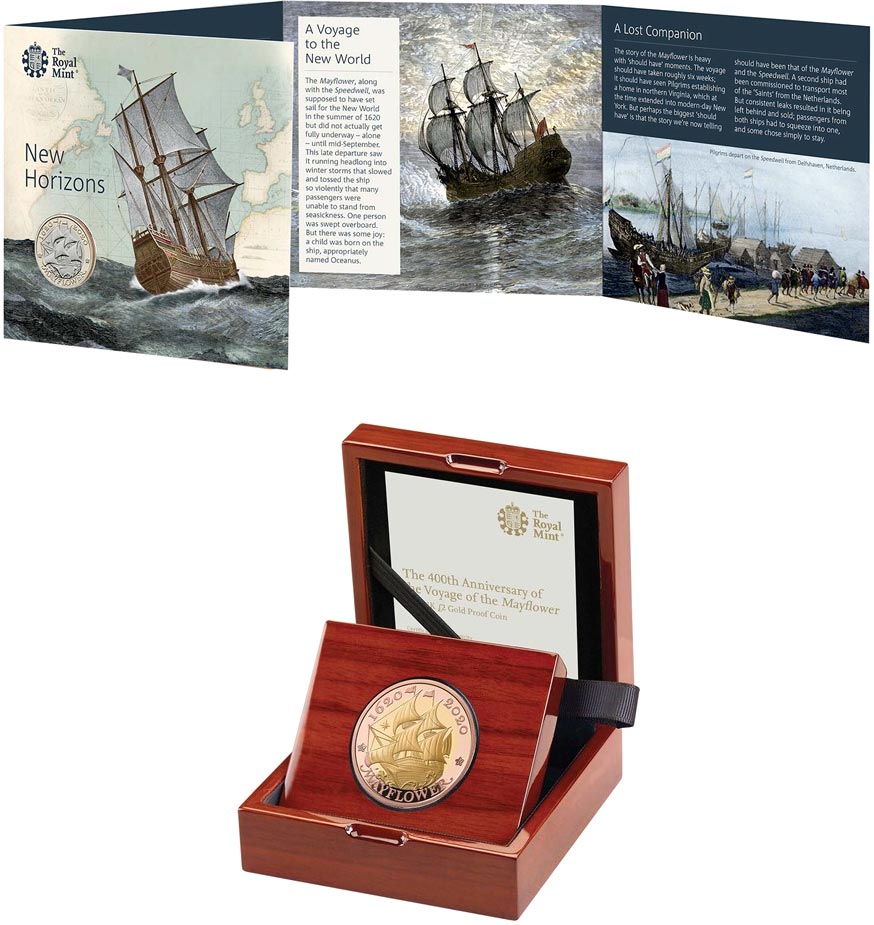