In 1769 a rare astronomical event was due to take place – the Transit of Venus. Captain Cook and his crew left Rio De Janeiro bound for Tahiti. Here they built an observatory to study this phenomenon. Scientists hoped these studies would finally enable them to calculate the size of the Solar System. With his work on the island complete, Cook turned his attention to the sealed orders in his possession. His next mission was revealed. It was time to start the search for the fabled southern continent that scholars had speculated about for centuries. As we mark 250 years since Cook's time in Tahiti, The Royal Mint continues its celebration of his great voyage with the second of three coins. Artist Gary Breeze commemorates Captain Cook’s time at Tahiti in 1769, with a design featuring the mast of the HM Bark Endeavour below a celestial image of the Transit of Venus. Finished to Brilliant Uncirculated standard, superior to the coins in your change, this £2 coin commemorates the life and legacy of the last of the great sea explorers. 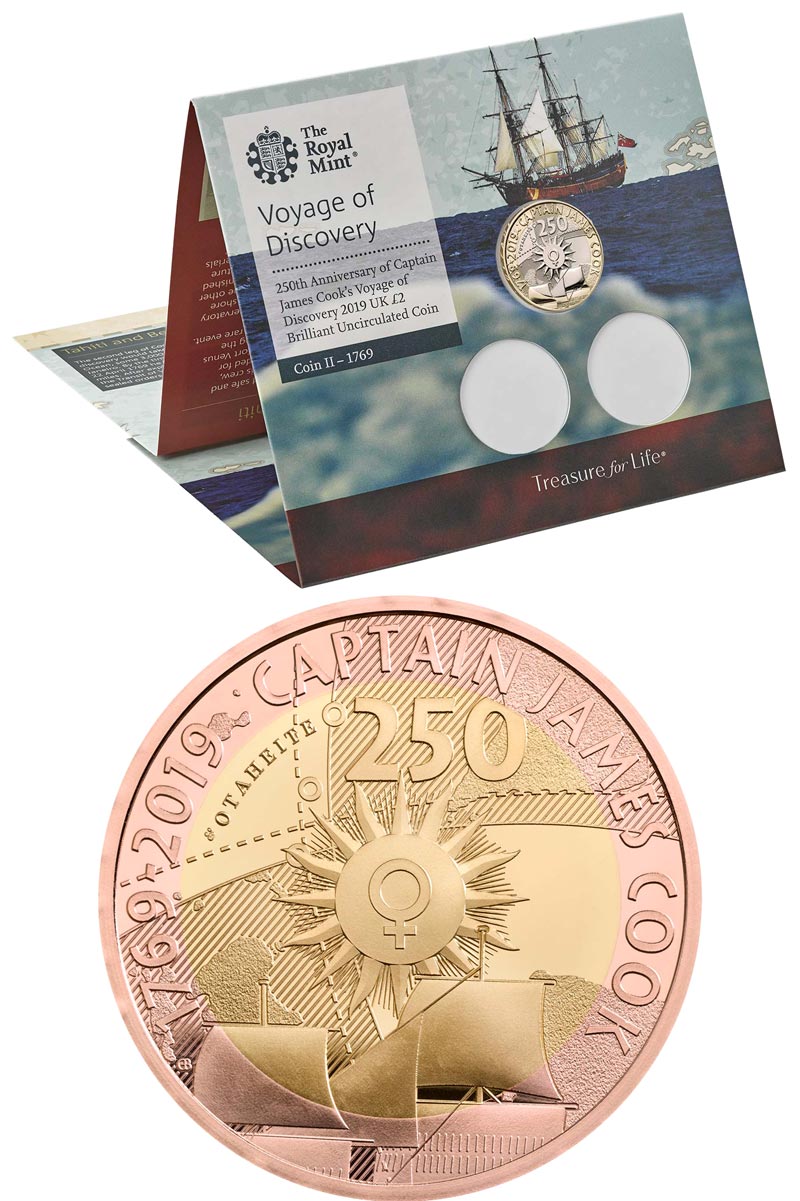