2 euro - 30th anniversary of the Day of Music 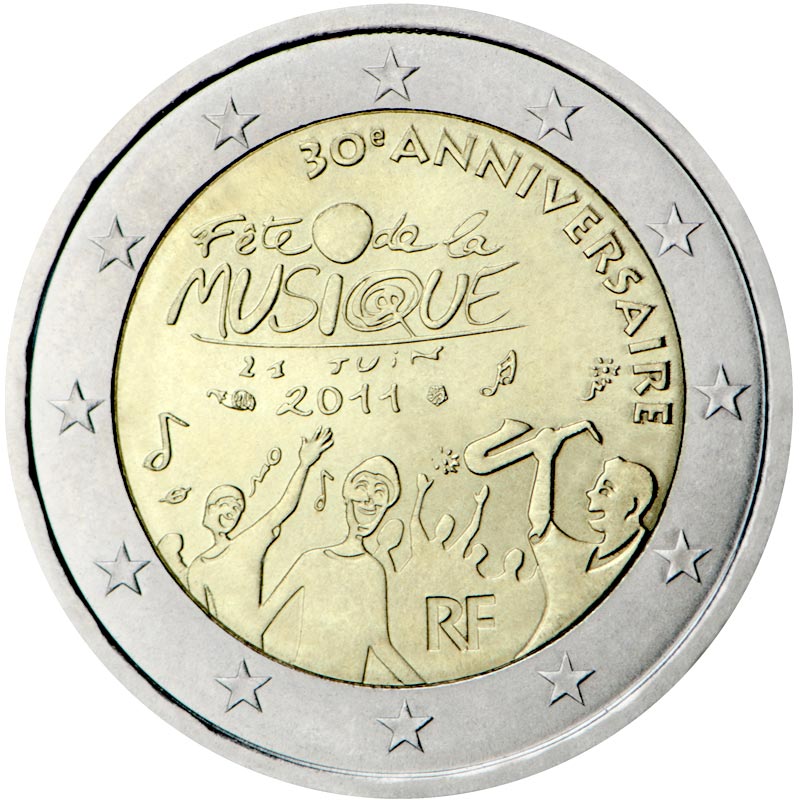 With over 18,000 concerts, 5 million amateur musicians and singers and 10 million spectators, the International Music Day has been a big success every 21 June since its launch 30 years ago. This year, in tribute to this popular event, Monnaie de Paris is issuing a commemorative €2 coin in honour of the 30th anniversary of the International Music Day. This coin is eagerly awaited by the general public. The lower half of the obverse side features a crowd enjoying the music. Musical notes are scattered across the surface. The design is crowned by the words “30ème anniversaire” and the International Music Day logo. The reverse is identical to that of the current €2 coin common to all the countries in the euro zone: the face value “2 euro” in front of a map of Europe.