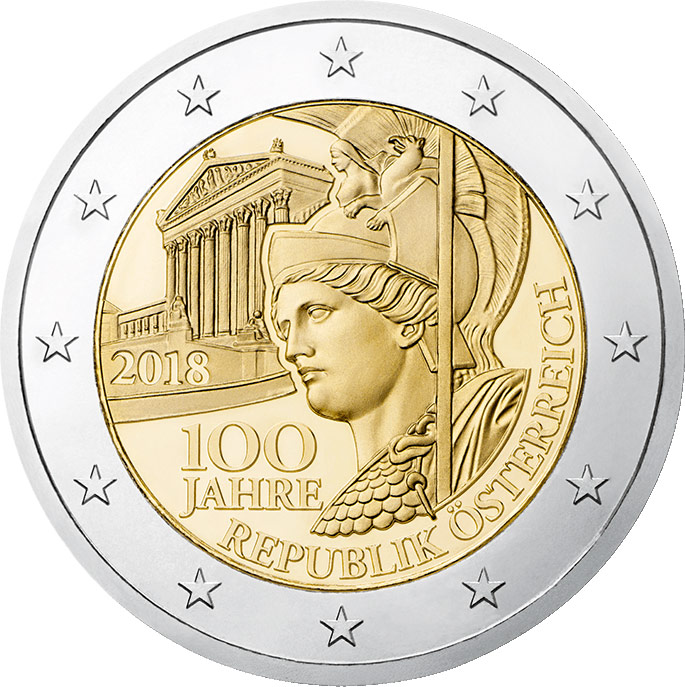 With the end of the First World War came the end of a political system that had lasted for many centuries: the founding of the Austrian Republic on 12 November 1918 marked the end of the Habsburg Monarchy and the beginning of a new epoch. To celebrate this momentous occasion, a 2 euro coin featuring the statue of Pallas Athena has been issued.

In its brass core, the coin shows a detail of the statue of Pallas Athena that stands in front of the neoclassical Parliament building in Vienna. The goddess of wisdom wears an Attic helmet decorated with a sphinx. Both the Parliament (completed in 1883) and the Pallas Athena fountain (1902) were based on designs by Theophil von Hansen. Pallas Athena serves as a symbol of Austrian parliamentarianism and signifies knowledge, reason and strategic ability.