2 euro - 50th Anniversary of the death of Padre Pio 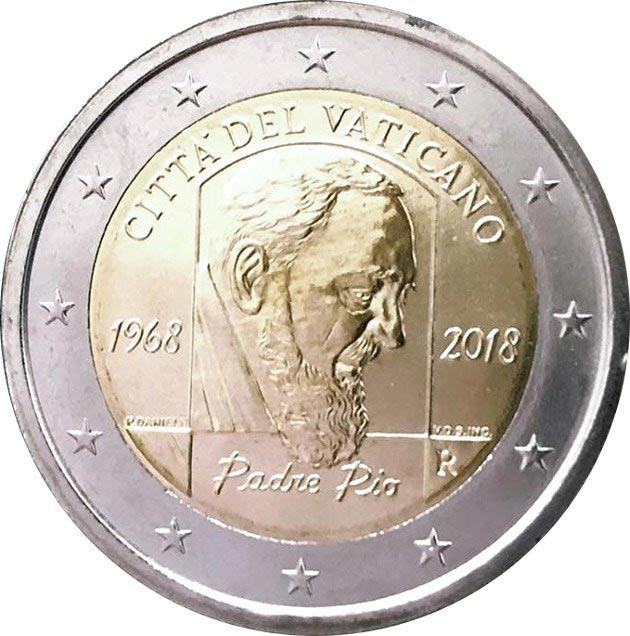 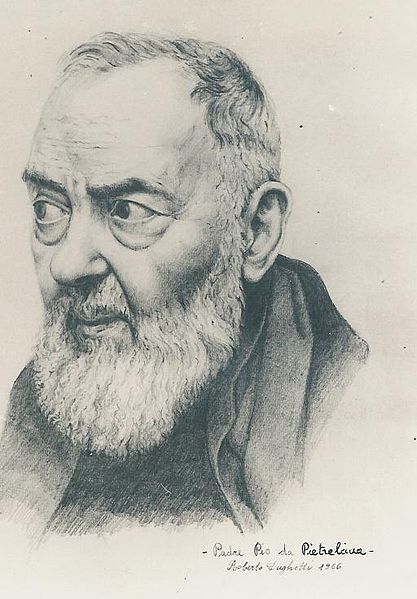 Padre Pio, also known as Saint Pio of Pietrelcina, O.F.M. Cap. (May 25, 1887 – September 23, 1968), was a friar, priest, stigmatist, and mystic, now venerated as a saint of the Catholic Church. Born Francesco Forgione, he was given the name of Pius (Italian: Pio) when he joined the Order of Friars Minor Capuchin.
Padre Pio became famous for exhibiting stigmata for most of his life, thereby generating much interest and controversy. He was both beatified (1999) and canonized (2002) by Pope Saint John Paul II.
The Sanctuary of Saint Pio of Pietrelcina is located in San Giovanni Rotondo, Province of Foggia, Italy. source: wiki