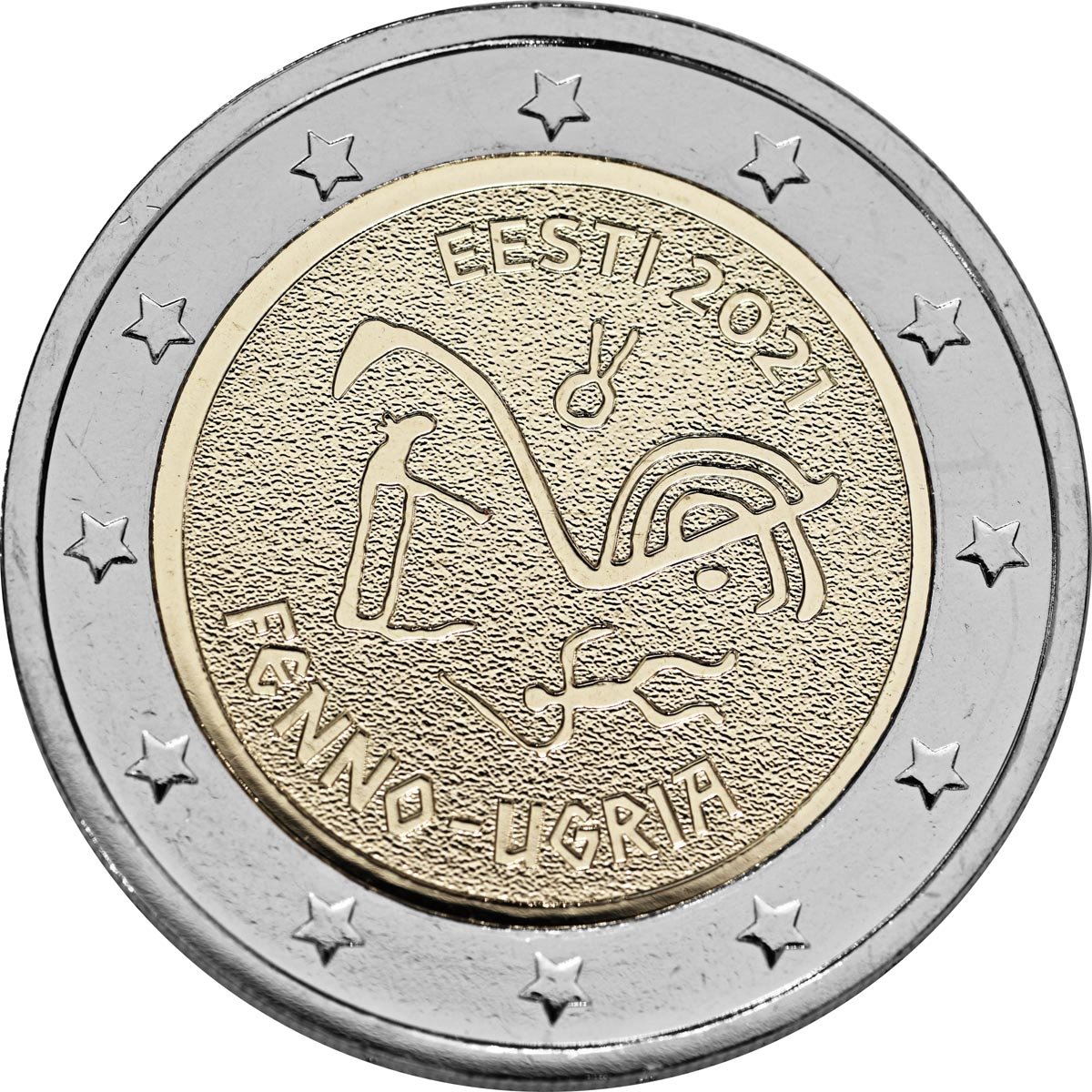 The two-euro commemorative coin for the Finno-Ugric peoples will use a design by the artists Al Paldrok and Madis Põldsaar. The Eesti Pank Supervisory Board decided that their design, named Eluring, was the best submitted. In total 45 designs were submitted for the competition. Second and third places both went to designs by Riho Luuse. The winning design is based on the cave drawings of Lake Äänisjärv, in which the symbols for the hunter, the elk, the water bird and the sun form the symbolic circle of life for the Finno-Ugric peoples. The central figure is a water bird, as the modern and ancient Finno-Ugric peoples are peoples of the water bird. Lennart Meri made a documentary film in 1970 about the ancient traditions of the Finno-Ugric peoples, whom he called the people of the water bird. The cave drawings of Äänisjärv appear on the UNESCO list of world heritage. The winning author Al Paldrok copied the symbols from the cave when he went there on a scientific expedition in 1984. Paldrok graduated in sculpture from the Estonian Academy of Arts and has also studied at the art academies of Helsinki and Oslo. He is a founder of the conceptual art school Academia Non Grata and a leading figure in the global Non Grata art group. Madis Põldsaar has worked for more than 10 years as a graphic designer specialising in logos representing business values and personal qualities and in producing brand identity systems. Alongside his work in his own design company Beaugeste he has a passion for creating vector portraits. The two-euro commemorative coin will enter circulation in August 2021.