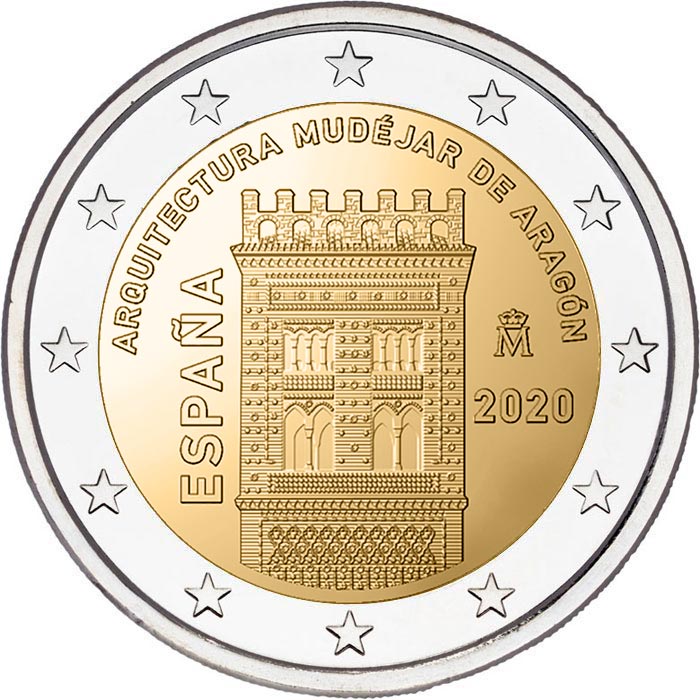 Mudéjar Architecture of Aragon is an aesthetic trend in the Mudéjar style, which is centered in Aragon (Spain) and has been recognized in some representative buildings as a World Heritage Site by UNESCO. The chronology of the Aragonese Mudejar occupies 12th to the 17th century and includes more than a hundred architectural monuments located predominantly in the valleys of the Ebro, Jalón and Jiloca. The first manifestations of Aragonese Mudejar have two origins: on the one hand, a palatial architecture linked to the monarchy, which amends and extends the Aljafería Palace maintaining Islamic ornamental tradition, and on the other hand, a tradition which develops Romanesque architecture using brickwork rather than masonry construction and which often displays Hispanic-rooted ornamental tracery. Examples of the latter type of mudejar architecture can be seen in churches in Daroca, which were started in stone and finished off in the 13th century with Mudejar brick panels. From the construction point of view, the Mudéjar architecture in Aragon preferably adopts functional schemes of Cistercian Gothic, but with some differences. Buttresses are often absent, especially in the apses which characteristically have an octagonal plan with thick walls that can hold the thrust from the roof and which provide space to highlight brick decorations. On the other hand, buttresses are often a feature of the naves, where they may be topped by turrets, as in the style of the Basilica of Our Lady of the Pillar. There may be side chapels which are not obvious from the exterior. Churches in neighborhoods (such as San Pablo of Zaragoza) or small towns do not usually have aisles, but locations for additional altars are provided by chapels between the nave buttresses. It is common for these side chapels to have a closed gallery or ándite (walkway), with windows looking to the outside and inside of the building. This constitution is called a church-fortress, and his prototype could be the church of Montalbán. Typically the bell towers show extraordinary ornamental development, the structure being inherited from the Islamic minaret: quadrangular with central pier whose spaces are filled via a staircase approximation vaults, as in the Almohad minarets. On this body stood the tower, usually polygonal. There are also examples of octagonal towers.