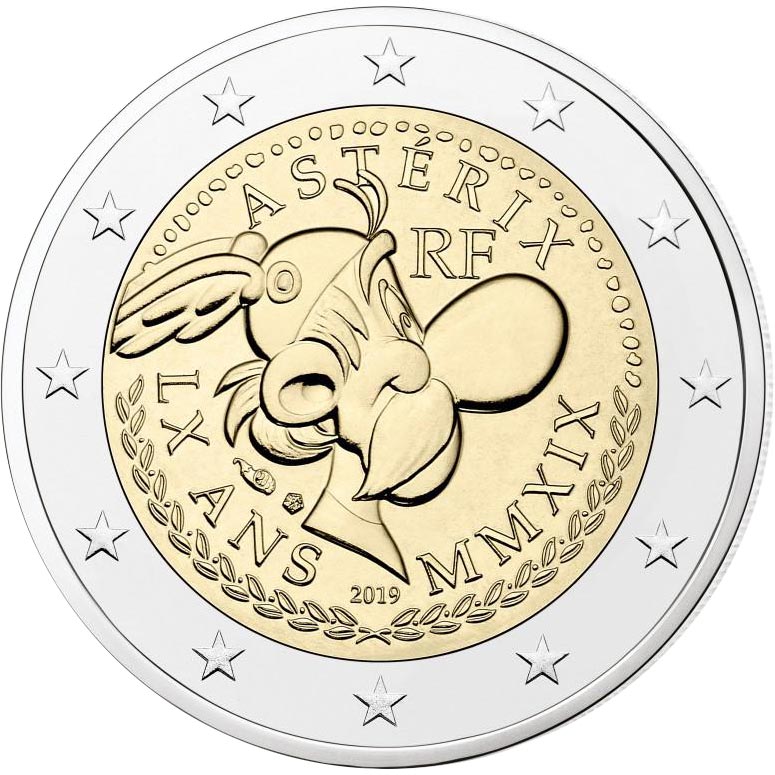 Asterix or The Adventures of Asterix is a series of French comics. The series first appeared in the Franco-Belgian comics magazine Pilote on 29 October 1959. It was written by René Goscinny and illustrated by Albert Uderzo until the death of Goscinny in 1977. Uderzo then took over the writing until 2009, when he sold the rights to publishing company Hachette. In 2013, a new team consisting of Jean-Yves Ferri (script) and Didier Conrad (artwork) took over. As of 2017, 37 volumes have been released. The series follows the adventures of a village of Gauls as they resist Roman occupation in 50 BC. They do so by means of a magic potion, brewed by their druid Panoramix (named Getafix in the English translations), which temporarily gives the recipient superhuman strength. The protagonists, the title character Asterix and his friend Obelix, have various adventures. The "ix" ending of both names (as well as all the other pseudo-Gaulish "ix" names in the series) alludes to the "rix" suffix (meaning "king") present in the names of many real Gaulish chieftains such as Vercingetorix, Orgetorix and Dumnorix. In many of the stories, they travel to foreign countries, though others are set in and around their village. For much of the history of the series (Volumes 4 through 29), settings in Gaul and abroad alternated, with even-numbered volumes set abroad and odd-numbered volumes set in Gaul, mostly in the village.