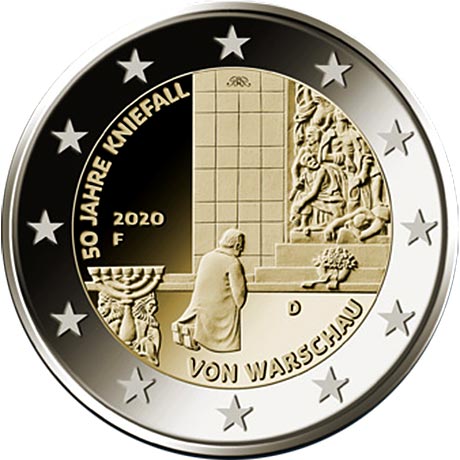 The term Kniefall von Warschau, also referred to as Warschauer Kniefall, (both German for "Warsaw genuflection") refers to a gesture of humility and penance by West German Chancellor Willy Brandt towards the victims of the Warsaw Ghetto Uprising. The event took place on December 7, 1970, in Warsaw, Poland (which was then part of the Eastern Bloc), during a visit to a monument to the German occupation-era Warsaw Ghetto Uprising. After laying down a wreath, Brandt, very surprisingly, and to all appearances spontaneously, knelt. He remained silently in that position for a short time (half a minute), surrounded by a large group of dignitaries and press photographers. Brandt had actively resisted the early Nazi regime, and had spent most of the time of Hitler's reign in exile. The occasion of Brandt's visit to Poland at the time was the signing of the Treaty of Warsaw between West Germany and Poland, guaranteeing German acceptance of the new borders of Poland. The treaty was one of the Brandt-initiated policy steps (the 'Ostpolitik') to ease tensions between West and East during the Cold War.