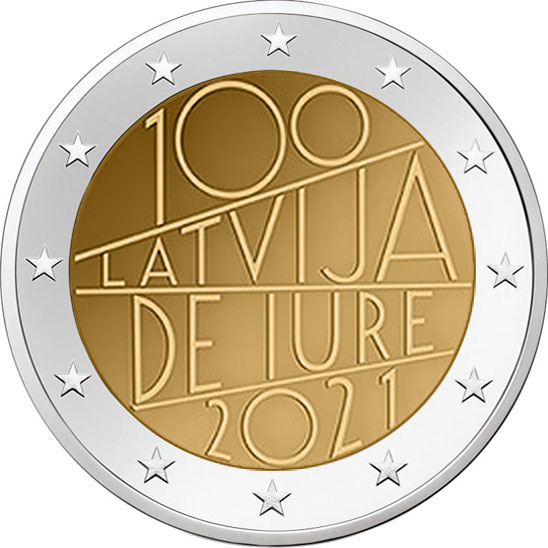 In 2021 Latvijas Banka plans to issue a 2 euro commemorative coin dedicated to the 100th anniversary of de iure recognition of Latvia. Latvia declared its independence on 18 November 1918; however, the War of Independence still continued and it was only in 1920 that the Constitutional Assembly was elected. On 26 January 1921 the Supreme Council of Entente comprising five countries: the UK, France, Italy, Japan and Belgium, recognised Latvia de iure. This decision triggered wide recognition of Latvia internationally. Soon countries like Poland, Finland, Germany, Norway, Sweden, Denmark, Persia, Austria, Portugal, Romania and others recognised the Republic of Latvia. With the de iure recognition of Latvia, the State of Latvia became a fully-fledged subject of international public law. The author of the graphic design of the national side of the new commemorative coin is artist Zane Ernštreite. The estimated mintage of the 2 euro commemorative coin will be 412 000 pcs (including 12 000 coins in BU quality).