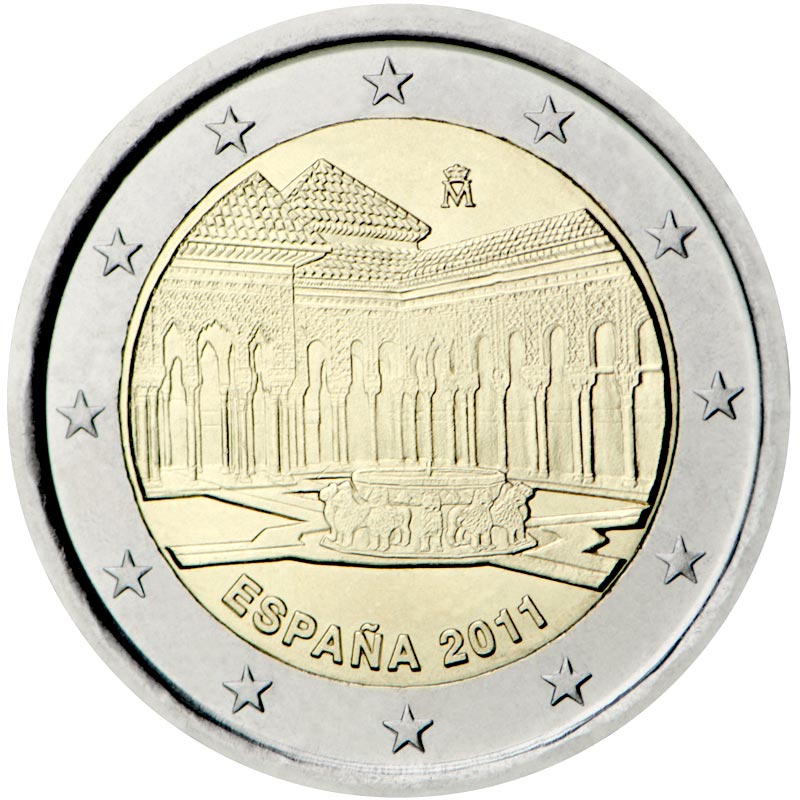 The first half of 2011 saw the release of the fifth issue of the commemorative 2-Euro coin dedicated in this instance to the Alhambra, the Generalife and the Albayzin of Granada. The reverse of this coin depicts the unparalleled Patio de los Leones (Courtyard of the Lions) located in Granada's Alhambra complex. Following the 2010 issue, this is the second coin in the annual series dedicated to sites in Spain that are listed by the UNESCO as World Heritage Sites.