2 euro - 75th Anniversary of the Death of Kostis Palamas 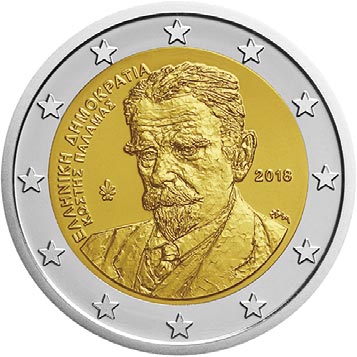 Kostis Palamas (13 January 1859 – 27 February 1943) was a Greek poet who wrote the words to the Olympic Hymn. He was a central figure of the Greek literary generation of the 1880s and one of the cofounders of the so-called New Athenian School (or Palamian School, or Second Athenian School) along with Georgios Drosinis, Nikos Kampas, Ioannis Polemis.