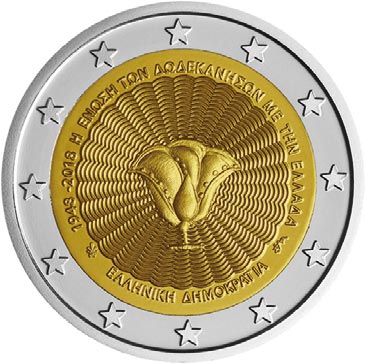 The Dodecanese, literally "twelve islands") are a group of 15 larger plus 150 smaller Greek islands in the southeastern Aegean Sea, off the coast of Asia Minor (Turkey), of which 26 are inhabited. Τhis island group generally defines the eastern limit of the Sea of Crete. They belong to the wider Southern Sporades island group.
Following the war, the islands became a British military protectorate, and were almost immediately allowed to run their own civil affairs, upon which the islands became informally united with Greece, though under separate sovereignty and military control. Despite objections from Turkey, which desired the islands as well, they were formally united with Greece by the 1947 Peace Treaty with Italy, ending 740 years of foreign rule over the islands. As a legacy of its former status as a jurisdiction separate from Greece, it is still considered a separate "entity" for amateur radio purposes, essentially maintaining its status as an independent country "on the air." Amateur Radio call signs in the Dodecanese begin with the prefix SV5 instead of SV for Greece. The 70th anniversary of the incorporation of the Dodecanese within Greece was marked in 2017,[16] with the Greek Parliament holding a special live celebratory session for the event. source: wiki