2 euro - 500th Anniversary of the birth of Giorgio Vasari 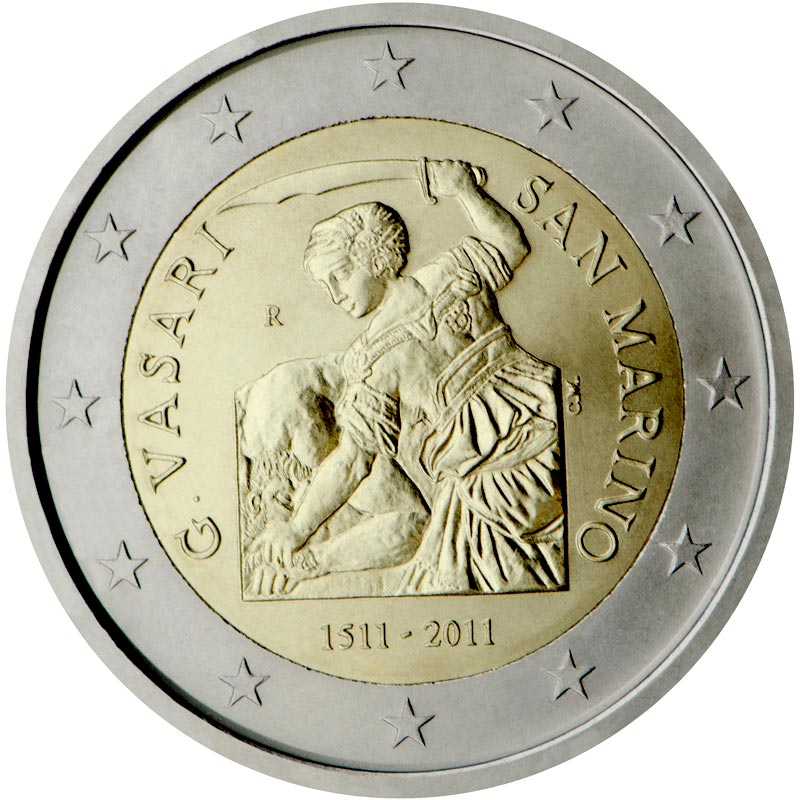 Giorgio Vasari was a painter and an architect, a writer on art and an exponent of an eclectic style of painting that epitomized the passage to the Mannerist period. Rather than for his artistic production, Vasari is now remembered as a writer and historian for having collated biographies of the artists of his own times and painstakingly described their lives. On the obverse the coin shows a detail of a painting by Vasari himself "Giuditta decapitates Oloferne"; underneath the work the dates "1511–2011"; on the left-hand side the legend around the edge "G. VASARI", on the right-hand side the words "SAN MARINO". The coin is completed by the initials "C.M." of the artist Claudia Momoni plus the symbol R of the Italian Mint which struck it; round the edge, the twelve stars of the European Community. On the reverse to the left is the value 2; on the right six vertical lines upon which are superimposed twelve stars, each at the end of a line; the European Union is represented in the centre of the lines with the borders between the Member States marked by a thin line. The inscription EURO is superimposed horizontally in the centre of the right-hand side, while under the letter O of "Euro" are the initials of the artist LL.